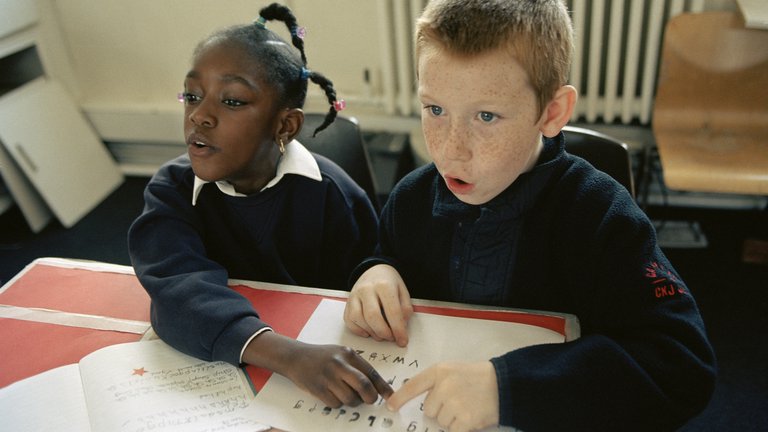 The British Academy’s language programme aims to monitor trends in languages education provision and mobilise expertise to inform debate about languages in education and society.

Languages are strategically vital for the future of the UK, which has the potential to become a linguistic powerhouse. If it did, it would be more prosperous, productive, influential, innovative, knowledgeable, culturally richer, more socially cohesive and, quite literally, healthier. Having competence in more than one language gives individuals windows onto other worlds, broadens mental horizons and makes them more likely to be curious and respectful when encountering other cultures and languages.

But there is overwhelming evidence of an inadequate, longstanding and worsening supply of the language skills needed by the UK to meet the needs of society, the economy, business and future research. Taking the UK as a whole, the numbers of students studying a language (other than compulsory English or Welsh) to qualification level at school and to degree level at university is, despite minor fluctuations, very low compared even with the start of this century. There is also an ongoing disconnect between mainstream education and community-based language learning of ‘heritage languages’, such as Polish, Urdu, Turkish and Arabic.

The British Academy’s language programme aims to monitor trends in languages education provision and mobilise expertise to inform debate about languages in education and society.

The Importance of Languages in Global Context: An International Call to Action

A statement calling for action to increase capacity for easily accessible education in a broad range of languages.

Towards a National Languages Strategy: Education and Skills

Proposals for the education and skills component of a UK-wide national languages strategy.

Languages in the UK: a call for action

The four national academies state that the prospect of Brexit ‘makes it even more important for the UK to have the languages needed to forge wider commercial and other links’.

An open and free-to-use resource for the languages community: universities, teachers, employers, researchers, and students.

Lost for Words: The Need for Languages in UK Diplomacy and Security

The British Academy's policy report, Lost for Words, is an inquiry into the Government's current language capacity in the fields of diplomacy, international relations and security.

Languages: the State of the Nation

This publication establishes baseline data on foreign language use and deficits in the UK in order to deepen understanding of these issues and identify key priorities for action to address them.

This statement calls for the strategic importance of the year abroad – delivering both competitive employability advantages for students themselves and wider long term benefits for the whole UK economy.

In this statement, launched on 9 February 2011, the Academy argues that languages matter at all levels – from primary to post-doctoral – in research, business and society.

A guide to maximising your prospects using languages.

This British Academy position paper, launched on 3 June 2009, discusses concerns that the future of the UK’s world class research base might be threatened by the decline in modern language learning and calls for a series of measures by Universities and Government bodies to address this danger.