An anthropologist linguist. In addition to primary work recording the endangered indigenous languages of Australia & New Guinea, he has written widely on their implications for linguistics, cognitive science, anthropology, prehistory & other fields 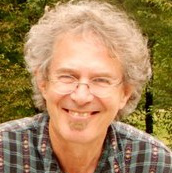 Nicholas Evans has carried out wide-ranging fieldwork on traditional languages of northern Australia and southern Papua New Guinea. The driving interest of his work is the interplay between documenting and describing the incredible diversity contained in the world's endangered languages and the many scientific and humanistic questions they can help us answer. In addition to book-length grammars and dictionaries of several Aboriginal languages (grammars: Kayardild, Bininj Gun-wok; dictionaries: Kayardild, Dalabon) and edited collections on numerous linguistic topics, he has published over 160 scientific papers. His crossover book Dying Words: Endangered Languages and What They Have to Tell Us sets out a broad program for engaging with the world's dwindling linguistic diversity. He has also worked as a linguist, interpreter and anthropologist in two Native Title claims, and as a promotor of Aboriginal art.

Laureate Professor and Director, ARC Centre of Excellence for the Dynamics of Language, ANU College of Asia and the Pacific, Australian National University

In the mind's ear: the semantic extensions of perception verbs in Australian languages Language 76.3:546-592 (with David Wilkins) 2000

Dying Words: Endangered Languages and What They Have to Tell Us 2010

Bininj Gun-wok: a pan-dialectal grammar of Mayali, Kunwinjku and Kune 2003