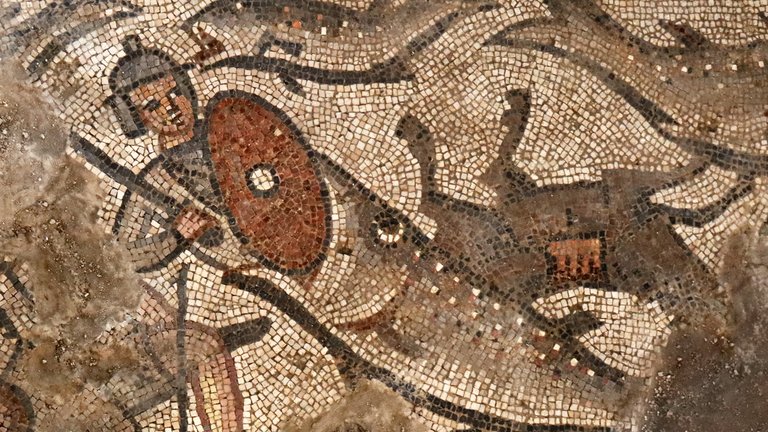 Since 2011, Professor Jodi Magness has been directing excavations in the ancient village of Huqoq in Israel's Galilee. The excavations have brought to light the remains of a monumental Late Roman (late fourth-early fifth century C.E.) synagogue building paved with stunning and unique mosaics, including biblical scenes and the first non-biblical story ever discovered decorating an ancient synagogue. In this slide-illustrated lecture, Professor Magness will review these exciting finds, including the discoveries made in the latest season.

This lecture is the third of the 2022 Schweich Lectures series:

This lecture will be chaired by Professor Judith Lieu FBA, University of Cambridge

Image: Detail from an ancient mosaic of a fish swallowing one of the Pharaoh’s soldiers in the parting of the Red Sea in the nave of the Synagogue at Huqoq. Photographs by Jim Haberman.