The ongoing COVID-19 crisis has had an extraordinary impact on almost every aspect of our daily lives. As part of the British Academy’s Shape the Future programme, nine Fellows working across the humanities and social sciences consider the potential long-term impact of the pandemic from the perspectives of their subjects, ranging from politics and international relations to education and philosophy.

Onora O’Neill FBA, Professor Emeritus at the University of Cambridge

“Already many try to predict what will happen after the pandemic. Some foresee economic catastrophe and the endtimes of capitalism, others its rejuvenation; some predict Chinese domination, others America’s resurgence. Predicting has its limits. We can foresee immediate effects of the pandemic, but not where we shall find ourselves in the longer term.

“There is less disagreement about what we could do. We need to act to secure public goods, including public health and environmental security. Rather than trying to predict whether or when ‘normality’ will return, we need to work towards a future that secures public goods that matter for human futures. Prediction and action are different matters, and after the pandemic it is what we do that will matter.”

“There is still much left to understand about the course and nature of this virus. However, there appears to be a reinforcing of trends noted in the recent past. Populists and nationalists, who already were distrustful of globalisation, find support for their views in the introduction of stronger frontier controls. They also note the apparent danger of relying on both global supply chains as well as single-centre supply lines in the desperate search for vital medical equipment. Chinese-American tensions have further deepened, each taking the opportunity to score political points. That rivalry is blocking the ability of global multilateral organisations to craft the necessary collective solutions to a global pandemic. Global order may be at a tipping point caused by a virus that we knew was coming, but for which we did not prepare.”

Melissa Leach FBA, Director of the Institute of Development Studies at the University of Sussex

“COVID-19 is revealing, reinforcing and catalysing new social and cultural relations; laying bare inequalities and anxieties, discrimination and division; but also galvanising solidarities and collective action. These reactions are in turn driving how the pandemic unfolds in different contexts. We ignore these social dynamics at our peril, because if we do, the assumptions on which current plans are being based will be undermined and those plans may do real and lasting damage. Instead, we need to understand and learn from them – both in real-time, and from past epidemics.

“Community action will be key in bending COVID’s epidemic curves in African settings, as it was in the 2014-16 Ebola outbreak – yet we learned here how social differences and diverse forms of informal authority must be factored in if such local responses are to be effective and protect the vulnerable. These are lessons that the UK too must learn, as we move beyond celebrating the flourishing of COVID-19 communities, to reflecting harder on who they include or exclude.”

Prediction and action are different matters, and after the pandemic it is what we do that will matter.

“A major impact of this crisis is likely to be a significantly enhanced role for the state in our economies and societies. In the economy, we can expect higher levels of public spending on health care, elderly care and support for vulnerable families, and the state owning large chunks of major industries, such as airlines. The effect of the pandemic, in this regard, will be similar to the effects of the two World Wars and the Great Depression. These led in many countries to universal health care, unemployment benefits, and state pensions, and higher levels of taxation as a result. But, we are also likely to see a greater role for the state in monitoring individuals’ lives – such as who we meet, who must stay at home, and so on – and, with this, the collection of massive amounts of data on every citizen. A major challenge for liberal democracies will be how to limit, regulate and control these new state powers.”

“As we stagger out of isolation into what may feel like a post-apocalyptic world, attention will rapidly expand from epidemiological forecasts and medical vaccines to social science and interdisciplinary approaches. COVID-19 is not an equal opportunity killer, with disparities by age, sex, comorbidities, socioeconomic status, ethnicity, occupation and region.

In addition to testing, we urgently need disaggregated case and fatality data to pro-actively support the most vulnerable populations, and manage real-time responses to predict potential hospital ‘deserts’ and infection hotspots. Social scientists are uniquely positioned to develop tailored and targeted ‘exit strategies’. Moving beyond behavioural nudges, expertise in social network approaches could be used to simulate, model and evaluate the most effective long-term distancing strategies. These can break transmission chains while minimising disruption and empowering the public, schools and employers with easy-to-understand strategies. The fatigued public needs to trust and feel empowered by public health messages and be resilient to misinformation.”

Peter Taylor-Gooby FBA, Research Professor of Social Policy at the University of Kent

“The COVID-19 crisis has shown weaknesses in our social security system that will continue to cause hardship into the 2020-21 depression and beyond, unless action is taken now. To put it bluntly, our last-resort benefits are too low for a decent life and too difficult to access. The extra £20 a week (more than a quarter of a single person's allowance) emergency supplement is welcome, but too often it is confiscated immediately, because entitlement then hits the rent or benefit cap. We need to abolish those caps straight away, along with the unjustifiable five-week wait for benefit that drives vulnerable people to take out high-interest loans.

“In the longer term there is much to discuss – raising minimum wage to living wage levels, bringing in a Universal Income Benefit, improving job security and spending as much on training our lower achievers as we currently do on those in universities – at leisure.”

The fatigued public needs to trust and feel empowered by public health messages and be resilient to misinformation.

“Is politics affecting how people respond to the coronavirus? In recent weeks in America we have seen an anti-lockdown movement emerge amongst conservatives, occasionally supported by President Trump. So far there is little evidence of political attitudes driving social distancing in the UK. However, whereas wealthier people can more often work from home, it may be that social distancing becomes increasingly challenging for manual workers and the self-employed. Google Community Reports local activity data suggest that while everywhere in the UK has seen massive drops in workplace activity, that is less true in poorer, lower density communities. And this also appears to mirror the Brexit divide, with wealthier Remain areas finding it easier to work from home. While the public have been impressively sticking to the lockdown, 'fatigue' may be asymmetric and might mirror existing economic and political divides.”

“During the horrors of the First World War, Wilfred Owen famously condemned the ‘old Lie: Dulce et decorum est / Pro patria mori’. Now, we should be equally sceptical of another old lie: ‘we are all in this together’. We clearly are not. Inequalities that have in the past been accepted as inevitable, perhaps even desirable, in market economies, now threaten the very existence of these economies. The models of regulation and service delivery that we have relied on have not served us well. In the future, will these inequalities be tackled any better than in the past?

“Not if the same mantras are trotted out: that we cannot afford more equality; that the NHS is the best health-care system in the world; that global trade raises all boats. Re-examining these ‘old lies’ will be painful, humbling and require us to think deeply about the previously unthinkable. While scientific experts are (rightly) now in fashion, it’s time to consider how best to bring the hidden wealth of our other intellectual powerhouses to bear on the myriad longer-term economic, legal and ethical problems we shall soon face. Politicians will have to decide how much they are prepared to listen to, and fund, those who might, just, be able to help them cope better in the future.”

“It is well established that there is a social gradient in educational attainment: children from disadvantaged backgrounds enter school with a less strong foundation for learning, they do less well in examinations and are under-represented at university. While the immediate impact of this pandemic has rightly focused on health and economics, these issues should not overshadow concerns about education. While schools remain open for the children of key workers, we must rely on home-schooling to deliver the education our children have the right to receive. But what does home-schooling mean for the child with several siblings, if you cannot access appropriate technology, have an inadequate broadband connection, or no quiet place in which to study? It will be even harder if your parent doesn’t speak the majority language.

“While the internet hosts amazing digital offerings, the pedagogy of virtual learning is not worked out and the problems of implementation are vast. There will be lessons for education resulting from the experience of the lockdown. We must build on this learning to develop interventions that close social differences in educational attainment, as these have most likely deepened in recent weeks in the UK and globally.” 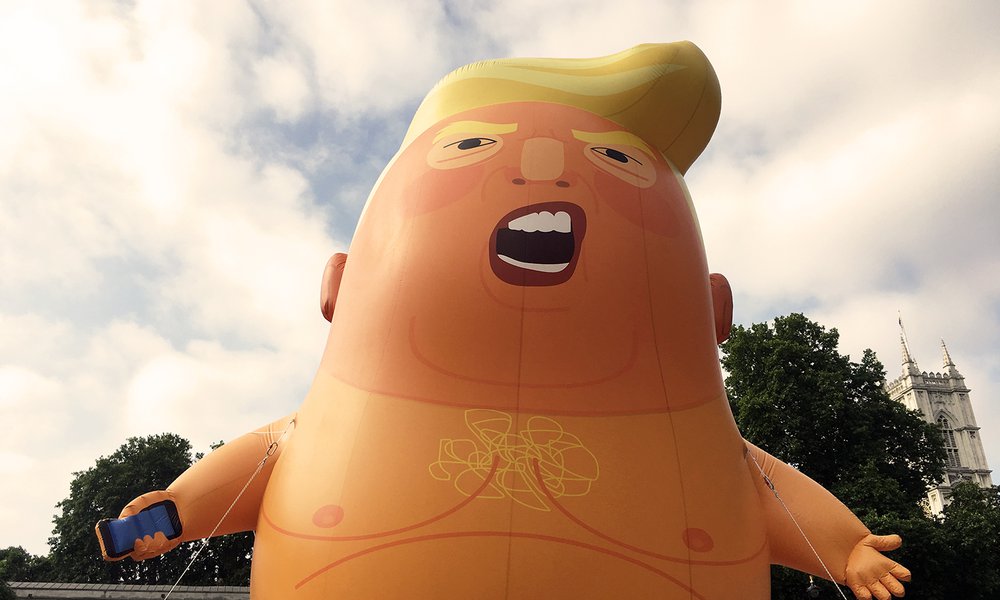 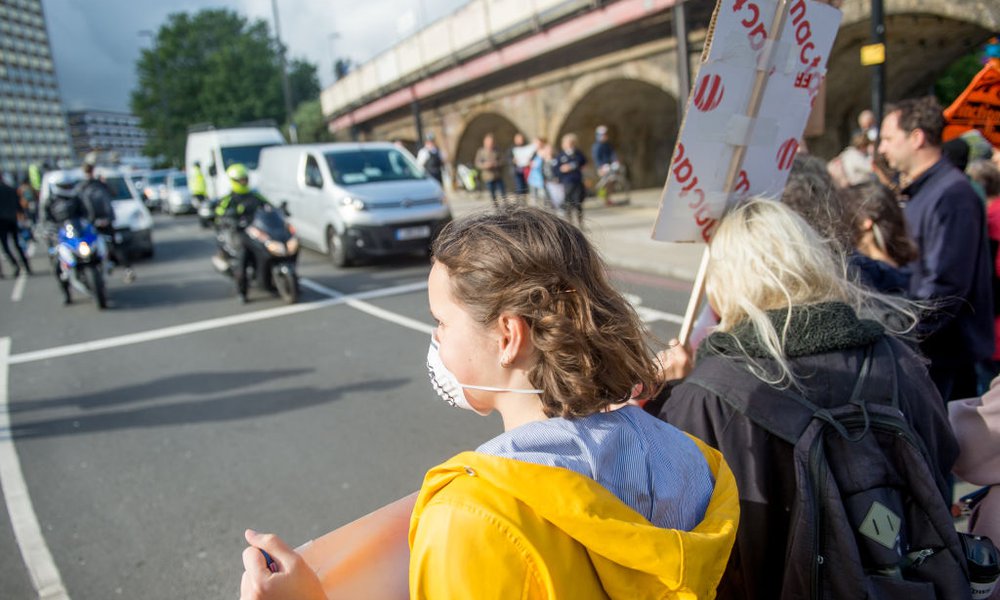