10-Minute Talks: What the defenders of the slave trade have to teach us 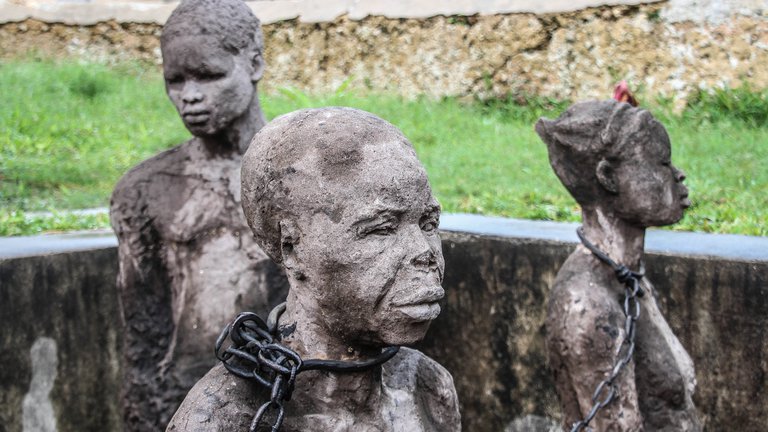 Professor Alec Ryrie FBA discusses the 18th-century writers who tried to mount a principled defence of the slave trade and how the arguments they used are uncomfortably reflected in the present.

Hello, I’m Alec Ryrie. I'm a Fellow of the British Academy and Professor of the History of Christianity at Durham University. In this talk I want to introduce you to a man named Robert Robertson.

You're not going to like him, but he would have liked you. He was an Anglican priest. He served St Paul's parish in the island of Nevis in the Caribbean between 1707 and 1737. When I say served, I mean he served the small population of white plantation owners – not the vastly larger population of enslaved Africans on the island. When the Bishop of London, Robertson's own bishop, wrote an open letter in 1727, criticising slave owners for failing in their spiritual responsibilities towards the people whom they held in servitude, Robertson leapt to his people's defence.

His pamphlet defending the slave owners, published in London in 1730, is a pretty remarkable text. What he says in it is not attractive, but it's surprisingly honest and I think it's worth listening to. There is a fair torrent of racist abuse – I’m not going to repeat it. Let's just say he takes a dim view of Africans, both their abilities and their morals. The whole thing is written in order to justify and to defend the plantation owners. His reason for insulting these enslaved Africans is to argue that nobody would run an estate with a workforce like that if they had a choice. The planter, he says, would purchase none of them if he could help it. He buys them because, as things stand, they are absolutely necessary to sugar-making. That last claim, at least, is more or less true. No one in the 18th-century Americas managed to make a plantation economy function without slave labour. After all, it's hard to compete with a labour force which doesn't need to be paid and which can be literally worked to death. Robertson invites us to pity the slaveholder’s plight, compelled as they are to use such an intractable workforce. He even says that the slaveholders who are forced to run their estates in such a way are not much more than slaves themselves and deserve our sympathy. I told you weren't going to like him.

Let's spend a moment enjoying the warm glow of condemning this man and knowing that we're better than he is. Yet, Robertson does not stint in his description of the evils of what he calls "this horrid slavery". The kidnapping, the torture on which the slave trade depends, the terrible death rates for captives. He doesn't conceal the brutal work regime which, as he says, admits of as little respite from labour as perhaps any sort of business whatsoever anywhere else, including 24-hour shifts working with sugar boilers. He tells us that if the nature and circumstances of this uncouth trade were widely known – in particular, the millions of lives it destroys and what little care is, or perhaps can be, taken of their souls – if these things were known, he says, then Christian nations might be moved to abolish it, if it weren't for the fact that they were all already so deeply implicated in it. Because, as he points out, they all know that if any one of them renounce the trade, then the others will simply step in and take their place. The same is true on the individual scale, of any one plantation owner. So, and this is the fundamental manoeuvre he makes in this book, he asks his tender-hearted readers – us – to imagine that we ourselves had inherited a plantation in the Caribbean, and found ourselves owning a sugar estate and hundreds or thousands of slaves. The best-natured and holiest man that now lives, he argues, would end up doing exactly what all the others do.

Of course, this is not true. We would always have the option of not engaging in the slave trade or the sugar business at all, of setting free any slaves that we might own, of separating ourselves from the whole business. Yet, in a deeper sense, Robertson is surely right. Perhaps a heroic few of us, if some evil spell dropped us in those circumstances, might choose to resist. To abandon our lifestyle, our business, our family, our community, our home, simply because that home rested on a foundation of human blood. But most of us would take the easier path. Work with the system. Tell ourselves that we were going to make it better and put a spoonful of sugar in our tea. Robertson was withering in his attack on the do-gooders back home who laid all the blame on the slaveholders, without recognising that they themselves, the customers who had created the sugar industry, were the true foundation on which the slave economy was built. He saved his greatest contempt for those, like his own bishop, whose response to slavery was to attempt to have Christianity grafted onto it. To pretend that slavery could be improved or ameliorated. Instead the slave economy was, he saw and he was surely right, simply a vast and irredeemably terrible fact, a blunt reality, which was what it was and could not be sweetened. The only courses of action were to abolish it entirely, which to Robertson seemed both economically and politically impossible, or to live with it. But living with it did not mean pretending that it was nice. Any man, he says, who knows what Christianity is and what this slavery is, knows the two are simply incompatible.

Who's more wrong? The clear-eyed cynic like Robertson, who chooses to live in comfort in the middle of this vast evil, repeating his prayers every week and preaching the doctrine of obedience? Or the idealist, who hopes that slavery can be turned into something Christian while it remains slavery? It's the very horror of what Robertson was defending that makes the clarity of his insights so unnerving. Because I think this isn't necessarily a story about the history of the slave trade at all. After all, vast, unchallengeable, impersonal, economic systems, inflicting terrible destruction that we can see, but which we seem powerless to stop, aren't just historical phenomena. The comparison between the slave trade and our unfolding climate emergency is not a precise one. The moral case of slavery is more absolute – enslaving a single human being is wrong in a much deeper sense than burning a single lump of coal. Of course, the carbon economy is much more universal and deeply rooted than the slave economy ever was. But some of those differences are matters of perspective.

For us, looking back with judgmental eyes three centuries later, the ethical imperative which faced Robertson, his people, the whole British empire, was simple. They were involved in a terrible evil and their only duty should have been to cease that involvement themselves and to do everything they could to press others to do the same. But are we faced with choices which will seem just as simple to our successors 300 years later? Successors who will say "they knew what they were doing and yet they continued flying planes and eating meat and using concrete. They should have cut themselves off from the carbon economy. They should have realised that gradualism and moderation and pragmatism are the siren songs that comfortable defenders of the status quo sing to lull their consciences."

We want to reply that this is unrealistic, that things are more complicated than that, that we're powerless to change anything alone and that we may as well enjoy some of the fruits of the carbon economy while it lasts. Pretty soon, we're talking Robert Robertson’s language.

What I want to believe is that, in his age, Robertson’s cynicism was as wrong as his bishops’ gradualism and that the right, and only, response to the slave economy was to reject it entirely. Whereas in our age, gradualism and pragmatism are right. That we should extricate ourselves from the carbon economy cautiously, saving the world in such a way that I can still fire up my central heating this evening. That's what I, and many of us, would like to believe. That's why I think that Robert Robertson would have liked us. He knew self-justifying, wishful thinking when he saw it.

Guide to researching enslaved people and slave owners at The National Archives.

"David Olusoga on race and reality: ‘My job is to be a historian. It’s not to make people feel good’", interview in The Guardian.

"I’m happy Juneteenth is a federal holiday. But don’t let it be whitewashed", article in The Guardian.