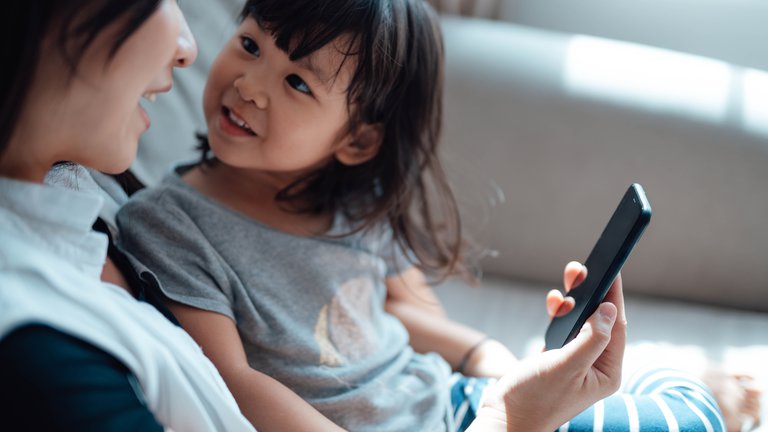 Professor David Adger FBA explains what syntax as an area of study is, why he finds it important and fascinating, and why it is central to what it means to be human.

What I’d like to do in this 10-Minute Talk is explain what syntax as an area of study is, why I find it important and fascinating, and why it is central to what it means to be human.

Most academics have a personal story about why they became interested in the area that then becomes their life’s work, and, like many, for me it all started with a book. But the book wasn’t by Chomsky, or de Saussure, or Sapir, it was by the science fiction author, poet and essayist, Ursula Le Guin, and it was called A Wizard of Earthsea.

I was round about 10, I think, when I read it, borrowed from my local authority library in Glenrothes, in Scotland where I grew up. A Wizard of Earthsea is a story of foolishness, and bravery, and facing your demons. I still love it as a story, but it also set me on my own intellectual journey.

It’s set in a world where wizards can control reality through words. Le Guin described a kind of first language, the Language of the Making, which, in the mythology of Earthsea, is the language that was used to create all the things in the world. It’s the language that is spoken by dragons, and that wizards use to cast their spells.

The hero of the story, Ged, as part of his magical education, is sent to a windy isolated tower on Roke, an island in the centre of Earthsea. The tower is the home of a wizard, Kurremkarmerruk, who teaches the Language of the Making. There, Ged learns name after name. Each plant and all its leaves, sepals and stamens, each animal, and all their scales, feathers, and fangs. Kurremkarmerruk teaches his students that to work magic on something, you need to know the name of not just that thing, but all its parts and their parts. To enchant the sea, Ged needed to know not just the name of the sea, but also the names of each gully and inlet, each reef and trench, each whirlpool, channel, shallows and swell, down to the name of the foam that appears momentarily on a wave.

I found this thought fascinating, because it is, of course, paradoxical. How infinitesimal do you need to go before there are no more names? How particular do you need to be? A wave on the sea appears once, for a moment in time, and the foam on that wave is itself unique and momentary. No language could have all the words to name every iota of existence. How could a language capture the numberless things and unending possibilities of the world?

I was captivated by this question when I was a young boy. And I still am. For although Le Guin’s Language of Making is mythical, human language does, in fact, have this almost mystical power. It can describe the infinite particularity of the world as we perceive it. It allows me to talk about the foam I saw on a wave, the first one that tickled my bare toes on a beach in Wemyss, in Scotland, on my tenth birthday. I don’t do this by giving a unique name to that foam, like Ged might have been able to do, I do it through the power to combine words into larger phrases, to create new meanings out of old ones. That’s what syntax is.

The vastness of any language is quite astounding.

I opened my latest book by asking readers to make up a sentence, maybe one that’s 15 words or so long, and then to search for that exact sentence on the internet. Quite astoundingly, you can almost never find it. Virtually every sentence we speak is new. We create them on the fly to serve the purposes we need them to serve. Yet, at the same time, sentences are intricately structured. You can’t just put the words anywhere you like. How the words appear in a sentence contributes to how the meaning of that sentence is built up.

Take a simple three-word sentence like: "Lilly bit Anson". Lilly is my cat, and Anson is my partner. Now you know what I’m claiming happened. But I can take these exact same words, and say "Anson bit Lilly." Same words, different meaning. How does that work? And if I try to order those same words as "Bit Lilly Anson," that’s not a good sentence of English with an associated meaning. Why not? It would be in another language, like Scottish Gaelic, where it would mean that "Lilly bit Anson", or Malagasy, where it would mean that "Anson bit Lilly"!

That was with three words. As you can imagine, the how and why questions get more complex as we look at more complex sentences, and then, of course, we have thousands of languages, both spoken languages and sign languages, to look at and compare. All languages ever studied have syntactic structure that connects the meanings with the ways the sentences are expressed. And that syntactic structure is, as far as we know, always characterised by hierarchy: larger phrases are built up out of smaller ones. Even in something as simple as Lilly bit Anson, all the evidence points to the words bit and Anson being a coherent subpart of the whole sentence. There’s evidence from psychological experiments, and from neuro-science, that our brains act in a way that is sensitive to this structure. But notice that it isn’t something you can hear or see directly. Languages aren’t pronounced or signed in a way that makes the hierarchy obvious. This opens up a new mystery: how do little babies, across the world, as they learn the syntax of their languages, end up with an invisible hierarchy in the sentences they produce?

One way of thinking about the answer to this question is that sentences are like many other aspects of our world: they are self-similar structures. We find self-similar structures throughout nature. When a river spreads out into a delta, it branches, and then each branch branches again, recreating the same structure. When you take in a breath, it flows into your lungs through tubes, one branching off into your left lung, and one into your right. There, each tube branches again, and again, creating a self-similar structure which underpins your very life. We don’t just find self-similarity in the natural world. The internet has organised itself in the same way, large hubs connecting to smaller hubs, these connecting to yet smaller ones and so on till you get to your phone or laptop. It seems that syntax of human languages is also organised by the same principle of self-similarity: each phrase branches into smaller phrases, these branching again and again until they end in words. Whether this property of self-similarity comes from our biology, or from more general laws about how matter, or information, organises itself across time is not known. However, it’s this self-similarity that is responsible for the incredible creativity of language.

One lovely example is possessives. In English, you can refer to the part of my cat Lilly that is her tail by saying "David’s cat’s tail." This is a phrase that picks out a particular tail; inside that phrase is another phrase saying who the tail belongs to. That phrase, "David’s cat," is itself a complex phrase that picks out a cat, and has inside it another element that tells you who the cat belongs to, David. That element is simple, just a single word, but it could of course be more complex, as in "the presenter’s cats tail," or, even more complex, "the person in this video’s cat’s tail." You can see the idea of self-similarity very clearly here. The syntax of English allows you to put a noun phrase like David’s cat, inside a larger noun phrase, to make "David’s cat’s tail". In fact, you can go crazy, and say things like: "David’s neighbour’s mother’s friend’s cat’s tail’s tip’s colour is black"! You kind of loose track of the meaning, as there’s too much to remember, but the syntax is perfect. It’s this kind of self-similarity that leads to human languages having such richness in what they can express.

But there’s a deep mystery even with this simple example. If we look across many many languages, we find that languages split into two groups: those, like English, or Mandarin, that allow you to have as many possessors as you like, in the way we just saw; and those, like Standard German, or Pirahã, which allow just one possessor in this kind of structure. Weirdly, we never find languages where you can just have just two possessors as a maximum. A language where you can say: "David’s cat," and "David’s cat’s tail", but not "David’s cat’s tail’s tip." Why is that? People who have looked at what adults say to children learning languages have found that adults hardly ever say more than two possessors. Although you can easily have three, four or more, people just don’t talk like that. So what little babies hear as they acquire their languages is just a maximum of two possessors, yet no language works like this. Children generalise to an unbounded number of possessors in the syntax of their languages, even though they never hear more than two. This is especially mysterious, as we know from psychological experiments, that even incredibly young babies have an innate capacity, called subitization, that allows them to detect things that come in twos, or threes. Why does apparently no human use this capacity in learning possessor syntax?

It's mysteries like this that make syntax, so endlessly interesting. Words are fascinating little boxes of meaning and culture, all wrapped up like presents, but, for me at least, syntax is where the magic happens.

"What Does Syntax Study?" article on All About Linguistics.

"What is linguistics?" blog by David Adger for the British Academy.

"How the limits of the mind shape human language," article by David Adger for The Conversation.