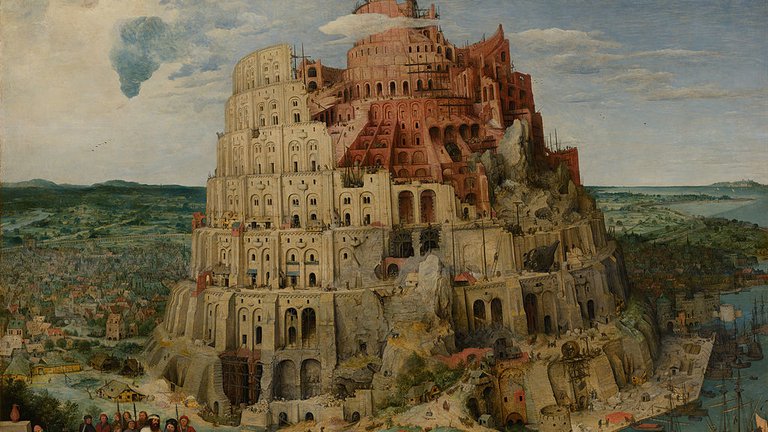 Imagine your life without language. You can still feel love and hate, joy and fear, and you can communicate those feelings through your facial expressions, and through gestures of your body, but you can’t explain why you feel like you do. You can produce neither speech nor sign language, nor can you understand others when they speak or sign to you. You also can’t use language within your own mind, to work out problems, to plan ahead, to muse, wonder, daydream. Reading and writing are, of course, out of the question. What is your life like without language?

Now imagine the history of all humanity without language. Would our species be able to do what we have done, for good and for ill? Would we be who we are? Only the tiniest fragments of our knowledge and experience could be passed down through the generations. No science, no literature, no philosophy or history, no stories to tell by the fire.

No culture has ever been discovered that does not use language, and everyone comes to know at least one. Language is both universal to our species and central to who we are. Linguistics tries to understand just what this fundamental aspect of ourselves is.

Humans have, from the earliest times, tried to explain, through legends and myths, the provenance of other universal aspects of our experience: the sun, moon and stars that turn in the heavens were personified as gods; the thunder and lightning that terrified our ancestors were battles between supernatural beings in the skies. Language was also explained by legends: myths that tell of gods who gave the power of speech to the first humans, of an ancient time when we all spoke the same language, of a disaster that led to the birth of many tongues.

Over two millennia ago, in Greece, the mythic view of the heavens was challenged by pre-Socratic philosophers who used logic and mathematics to observe and investigate the world. At the same time, in ancient Gandhara, in what is now Pakistan, the scholar Pāṇini used logical and mathematical methods to investigate how the language around him was used, and codified his observations as a grammar. Pāṇini’s grammar of Sanskrit, the Aṣṭādhyāyī, describes in extraordinary detail the way that sounds are made, how words are built out of these, and how the forms of words relate to each other to build meaning in particular ways. Pāṇini uncovered the internal logic of his language. He looked at Sanskrit the way a scientist looks at the motions of the stars and asked: how does this work?

That basic question is still at the heart of linguistics today, as is Pāṇini’s systematic approach. Much as scientists’ questions about the physical world have become more general, so have our questions about language. We want to know not just how a particular language works, but how human language in general works. What is it that makes something a language? Do all languages use the same basic building blocks? Are there similarities in how they are organised? What accounts for the differences? How do languages change across time? How did language evolve in our species? What kinds of brain structure support it? How do children acquire it? What happens when it goes wrong?

Language raises other questions too, though, that take it beyond the biological and psychological. How do people use language to achieve their aims? How does language signal aspects of our personal identities and how does it change in concert with societal changes? Will artificial intelligences create their own languages, outstripping our capacities? Will language forever be only human?

Linguistics encompasses all of these questions and more. It attempts to sort out how the biological, psychological, social and historical can be teased apart, and how they interact, in one of the most central aspects of human existence.

David Adger is Professor of Linguistics at Queen Mary University of London. He was elected a Fellow of the British Academy in 2020. His most recent book, Language Unlimited: The Science Behind Our Most Creative Power, will be published in paperback in July 2021.