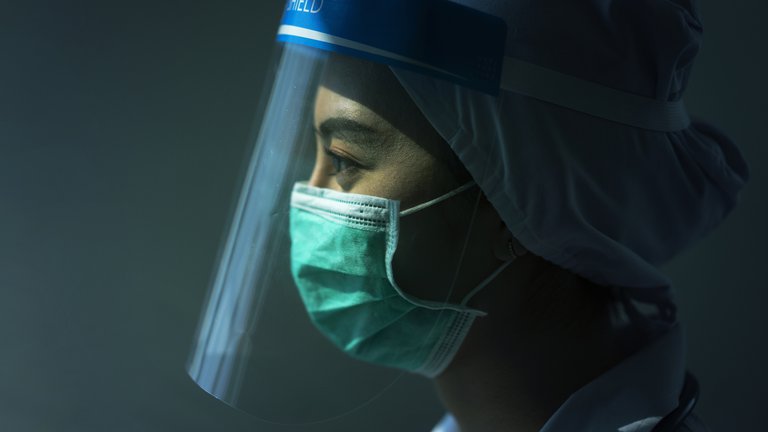 Hello. My name is Conor Gearty and I’m a fellow of the British Academy which is, I guess, the UK's champion for humanities and social sciences. We have this project Shape the Future, trying to think about the ways in which the world is going to play out. I’ve got 10 minutes to talk to you about one particularly topical issue. It's already been the subject of some discussion at the British Academy: it's public inquiries. Obviously COVID makes them so important. Now, it occurs to me there are four things we could do in the short period of time we have, which are try to answer four questions.

First of all – will an inquiry happen? One thing that really strikes me is how everybody assumes there's going to be a public inquiry and if you question them, they'll usually produce one of three reasons. One is public opinion, the second is parliamentary pressure and the third is legal pressure. Now, as regards the first, we are in new territory with a government that has a huge majority (on which much more in a moment) and which doesn't feel constrained particularly by public opinion. We've seen that in some of their responses, to put mildly, to their breaks in lockdown. So I’m not sure public pressure is guaranteed to do it, but it might. Parliament? Well, as I said, they have a massive majority, so it seems to me if the government decided it didn’t want one, they wouldn't have to have one. Law? It'll be very unusual for a court to require an inquiry. Under the Inquiries Act 2005 there is a legal framework and it would be unusual because it would seem like a highly tendentious intervention to order an inquiry. More likely might be a range of small inquiries, that might grow in their antagonistic implications to government, which might lead to some sort of reaction in the shape of an inquiry. I will talk about that towards the end; local inquiries, inquests, in particular. But for now, will it happen? Second question – well, the answer to the first question is, not a given. I think it will, but it's not a given.

The second question: if it does, what kind of inquiry? Now, this is where there's also tremendous power on the part of government. For example, they might just go non-statutory. They might just look for advice. They might go the whole way and have a royal commission, or more likely, they go under the Inquiries Act, which has certain advantages: legal frameworks, power of discovery – that means you can force people to speak as well, and stuff like that. But what's the nature of this inquiry? It's not like Bloody Sunday which attracted first Widgery and then Saville, two judges. Single event: what happened? Terrible event: what happened? It's not even the same sort of thing as Grenfell– there’s an inquiry under the Inquiries Act 2005 – where it's a single horrific event, but there are a whole lot of systemic issues underneath it. Any inquiry into the COVID issue is likely to be more like the Iraq one: systemic. What is going on? How did this come about? What's happening? Or more to the point, foot and mouth from 20 years ago. Now with foot and mouth, the government of the day asked for an inquiry from an expert and it was specifically "lessons to be learned". Here, I think we're on very dubious ground indeed.

Be careful. If the inquiry is lessons, learning, and not accountability. Government – all branches of it – love lessons to be learned.

I've done a fair bit of work on the British forces, on army torture, let's call it by its name, and there's regular examples of inquiries that look forward, inquiries that say "well, it was terrible but we've cured it and so the way we've cured it is a, b, and c, and we need to do d, e, and f, and so everything's going to be fine". What government does not like is accountability. The Prime Minister of the United Kingdom promised there’d be no more torture in Parliament in the 1970s and when it was pointed out in one of the inquiries into the Iraqi abuses that there had been, the answer from the military was "we sort of forgot – it was lost in the midst of time". So even where there's accountability, there's no guarantee of success. And lessons to be learned get filed in the "won't happen again" cabinet. So, I’m really keen on lessons to be learned for sure, but indivisible from accountability: what happened? How did it happen? Who made the decisions that mattered? And anyway, if there are lessons to be learned, are there going to be lessons that there shouldn't be any austerity? Are there going to be lessons that say capitalism killed through COVID? What is the nature of the lesson, if it is not political? Will it be the usual token "we need to have a, b, and c. We need to do a little bit more on this". No, I think it's vital that there be a high-level inquiry into responsibility, accountability, as well as lessons to be learned.

Now third question: who's going to do this? Well, if it's going to be about accountability, it seems obvious that it should be a judicial figure. I'm a lawyer. Well, we lawyers all love accountability and we love judges – let me tell you, I used to be very sceptical of judges. They used to cover up for government the 1970s, litanies of inquiries where judges covered up for government, but that doesn't happen so much nowadays. And for good or ill, the legal profession, which supports the judges, is one of the last remaining absolutely confident, independent, centres of power in our culture and it doesn't have to kowtow to government. It doesn't have to worry about retaliation from government. It has its own culture, has its own pride, and is a valuable resource in a society dedicated to the rule of law. So I’m for the judge. And the judge's job is sorting truth from lies. The judge's job is analysing evidence and, sure, lessons to be learned – there have been some superb lessons that have been learned; Lord Taylor,Hillsborough, various other judges and various other episodes of disastrous misfortune, but accountability is what judges do. Finding fact. So, there is a dimension as well of the process mattering. Who can forget Leveson? Where council puts to the Prime Minister of the day, for hours on end, questions about his possible involvement in phone hacking-related matters. So even without the result, a process where the people who've made the decisions on COVID need to explain themselves, in an open context, for tribunal, in front of a judge, with a lawyer having time to ask questions and not be cut off after two minutes, that is an outcome which is of value in itself, independent of the findings. And if it's not a judge, who is it? Charities? They depend on government for so much of their funding; The British Academy, here we are the great and the good, we need government money. Who else can avoid seeming to be dependent on the largesse of government? And who can avoid that seeming to affect their judgments?

Lastly, where does the law fit in all this? There's a report from King's which says almost nothing about law. I beg to differ and it's not just, like my colleague, who's written excellently on this, Professor McCrudden, because we're both lawyers. The law has a capacity to force the pace. Inquests were what unravelled the abuse of both soldiers and Iraqi civilians in the context of Iraq. Dead bodies showed up and coroners wanted to know how they died. Well, COVID is not notifiable so there are no inquest juries – fair enough. The chief coroner has said we can't really, in essence, look at systemic issues – that'll be challenged. The courts will ask questions about whether under the Human Rights Act Article Two, a positive obligation to protect life, there shouldn't be some more systemic inquiry into what actually has happened that has caused people, individuals before the coroner and the court, to lose their lives. The value of that kind of case and the value of litigation, civil action, is discovery. Documents can be ordered to be presented to the court and in that lies the possibility of the discovery of truth. The victims of COVID deserve that, surely.