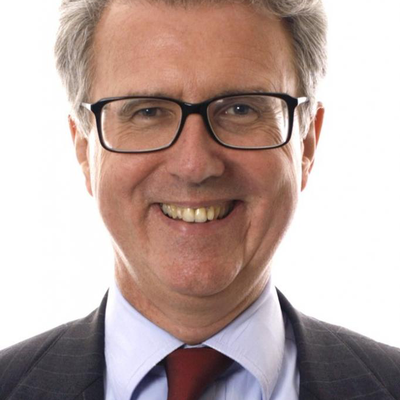 Christopher McCrudden is professor of human rights and equality law at Queens University Belfast, William W Cook Global Professor of Law at the University of Michigan Law School, and a practicing barrister-at-law with Blackstone Chambers. He was formerly Professor of Human Rights at the University of Oxford, and a Fellow of Lincoln College, Oxford. He was educated at Queen's University Belfast (LL.B. first class honours, 1974), Yale University (LL.M. 1975), and Oxford University (M.A. 1980, D. Phil. 1981). He was awarded an honorary doctorate by Queen's University in 2006, and a certificate of merit by the American Society of International Law in 2008. He serves on the editorial boards of several journals, including the Oxford Journal of Legal Studies, and the International Journal of Discrimination and the Law, and is co-editor of Cambridge University Press' Law in Context series. He was a member of the Standing Advisory Commission on Human Rights (1984-88), and the Procurement Board for Northern Ireland (2004-2008). In 2011, he was awarded a three-year Leverhulme Major Research Fellowship. During 2013-14, he a a Straus Fellow at New York University Law School, and during 2014-15 he was a Fellow of the Wissenschaftskolleg zu Berlin.

10-Minute Talks: What does the Good Friday Agreement mean?

Professor Christopher McCrudden FBA considers what exactly the Good Friday Agreement is and what it means.

Published in 2015 by American Journal of International Law

Published in Oxford Journal of Legal Studies by 2015

Nine Fellows working across the humanities and social sciences consider the potential long-term impact of the COVID-19 pandemic from the perspective of their subject.