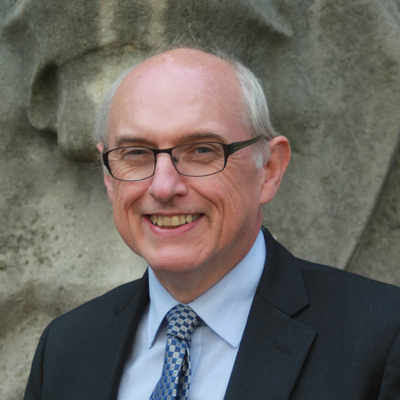 Dr Andrew Burnett was Deputy Director of the British Museum from 2002 to 2013, having begun his career at the Museum in 1974 in the Coins and Medals department as Research Assistant. He went on to become Deputy Keeper in 1990 and Keeper in 1992. He studied at Balliol College in Oxford, and received his PhD from the University of London. His distinctions include: receiving the RIBA Crown Estate Award (best UK conservation project) in 2004 for the Enlightenment Gallery at the British Museum; the award of the Silver Medal of the Royal Numismatic Society, the Jeton de Vermeil of the French Numismatic Society and the Huntington Medal of the American Numismatic Society. He was appointed a CBE in the New Year's Honours of 2012, and an Honorary Professor of University College, London in 2013.Studies in Ancient Coinage in Honour of Andrew Burnett was presented in 2015. He is the President of the Royal Numismatic Society, and was President of the Roman Society (2008-2012) and of the International Numismatic Commission (1997-2003). He is a Trustee of the Royal Armouries, of Gresham College and of the American Numismatic Museum, and he is Chairman of the Royal Mint Museum.