Welcome to Where We Live Now

Decisions that affect people’s lives, however, are often rather determinedly disconnected from the places they care about. The ‘scale’ of decision making remains national, sometimes supranational, yet the scale of people’s experience is profoundly local.

It was from this starting point that we began the Where We Live Now project – a series of activities centred on the theme of place and place-based policymaking being conducted by the British Academy from Summer 2015.

Place-based policymaking is not new, but it has been somewhat limited by traditional Whitehall structures and financial flows. We are used to people’s views about places being incorporated into decisions about planning, or conservation, but increasingly, we are seeing an entire portion of public sector budget being transferred to a place, with much less stipulation about it being spent according to Whitehall structures. This needs to be underpinned with evidence, including incorporating in a sophisticated and rigorous way how people emotionally connect to and engage with a place.

This is what interests us: policies and budgets crossing sectors and focusing on places, whether that means whole city regions like the Devo-Manc project, or to towns, villages, or even individual neighbourhoods, and bringing people’s connections into the policy process in some way. As new ideas for significant devolution are taking shape, and public acceptance of the implications of top-down policy-making comes under strain there is an unprecedented opportunity to put flesh on the bones of an idea that has been in circulation for some time, but has yet to be fully developed. This is a timely project whose findings should be invaluable to policy-makers.

We plan a wide range of activities as part of Where We Live Now, aimed at the policymaking community, academics, and the general public. This blog will be updated regularly with comments from leading academics and practitioners, illuminating the concept of place-based policymaking through their own experience and research. Everything we do, from events to policy papers, will be advertised on this microsite, so please get in touch if you would like to be involved.

Deborah Lamb is the Director of Engagement at Historic England. Fiona Reynolds is a Fellow of the British Academy and Master of Emmanuel College at Cambridge University. 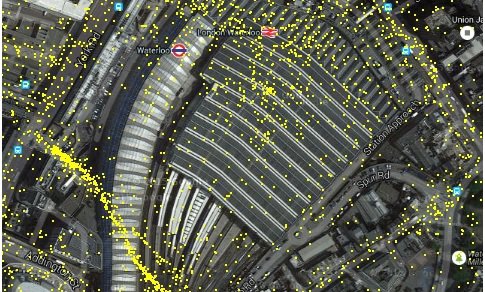 The virtual and the physical: The growth of social media data on places, and its implications