‘Resilience’ has not been a central focus of my research. This is probably because much of my work to date has involved spending time gaining a sense of how people on the edges of formal and stable employment make a living in English cities, through ethnographic observation and interviewing. Resilience is not typically invoked by these individuals to describe their everyday practices of getting by. So when I saw that resilience was the frame through which we were to consider urban economies for the British Academy workshop in December 2016, I was interested to find out what implications this would have for how the discussion unfolded. I felt resilience could potentially address but also occlude key contemporary concerns of urban scholars in and beyond my home discipline of human geography.

One of these questions that urban scholars continue to grapple with concerns the extent to which there can be a singular urban agenda. Is it possible to translate knowledge of urban life in one place to another, when that other city is potentially located somewhere else in the world? Or put another way, how is local knowledge of cities formed and passed on, and how does it inform techniques of urban government? So whilst understood as toolkits of ‘best-practice’ for urban policy makers, for some scholars the sharing of such knowledge about specific cities raises the issue of the possibilities and problems of comparison in research. Seemingly, comparing the functioning of one city with another can be helpful for the ways different, and more or less successful, approaches to urban government can be brought to light. However, as geographers have shown, the implications of such ‘policy mobilities’ are open to debate.

An illustrative example is the use of ‘culture’ and ‘creativity’ to boost urban economies. Crystallised around the turn of the millenium in Richard Florida’s notion of the ‘creative class’, it was proposed that cities could generate income with little investment by tapping the innovative ideas brimming from the bright and hip; just so long as this ‘class’ could be attracted by the right sort of urban (leisure) environment. The apparent ease of generation of such an economy based on ‘immaterial’ creativity had city authorities rushing to implement policies that would attract these creative types and bring about the promised urban economic growth. However, because of their particular histories and geographies (for example, of deliberate (dis)investment by the state or private sector), certain cities seem to lend themselves to attracting and sustaining such creative growth over others. From this perspective, London will continue – apparently effortlessly - to be more ‘creative’ than Hull, despite the latter’s status as UK City of Culture 2017.

Such problems of comparison also raise normative questions. Which cities should be held up as models to be followed by others, and where in the city do we look for ‘success’ stories? Urban geographers have again been instructive on this issue. In attempts to complicate linear narratives of urban ‘development’, geographers have drawn attention to continued and in some cases growing inequalities in cities in the Global North, whilst also highlighting possibilities to learn from forms of urban life in the Global South. Here we might consider the diversity of makeshift and improvisatory practices of urban living that constitute ‘informal settlements’, ‘shanty towns’ or ‘slums’. These are surely forms of ‘urban creativity’ but certainly fall well beyond the remit of the activities of Florida’s creative class.

So given these complications of mobile and comparative urban knowledges, what might the implications be for directing research and policy towards making cities ‘resilient’? Just as ‘creativity’ does not necessarily easily move or translate between cities, a resilient Cape Town surely is not the same as a resilient Barcelona? The elephant in the room here of course is the question of what is meant by resilience.

The title of the workshop paired urban resilience with economy. This is interesting for the ways that it might depart from one origin story for the term resilience located in the demands of engineering and the ‘hard’ sciences. Here, urban resilience might call up the ability of a city’s physical infrastructure to cope with similarly physical shocks. For example, how can buildings be constructed in Christchurch, New Zealand in order to make the city more resilient to earth quakes? Connecting resilience with economy however, can open a series of concerns that might include but necessarily extend beyond this sense of the resilient city as physical infrastructure.

The ‘economy’, or the diverse practices of production, circulation and consumption that constitute the city, means turning attention towards the resources needed for urban life. So we might think here of the stuff that people eat, make, sell, chuck away and how this finds its way into and out of different parts of the city. Here urban resilience is certainly infrastructural, but that infrastructure is not purely ‘physical’ in any straightforward sense. The infrastructures that sustain urban economies include pop-up shops, street-level drug dealers, digital platforms, and so on. So through a focus on these economic practices, urban resilience shifts from being primarily a measure of the built environment to encompass the broader entanglements of the social and technical life of the city.

From this perspective, the economy then becomes a means of diversifying conventional approaches to urban resilience. In the workshop, discussion moved between different senses of functioning economy, some more drawn towards ‘survival-orientated’, some more towards ‘growth-orientated’ activity. For me, what is interesting about the term is precisely how it might bridge the human and non-human aspects of social life, and therefore direct attention towards the ways people are resourced for living with and through the changing ‘nature’ of the urban in the future.

What is the history of science? 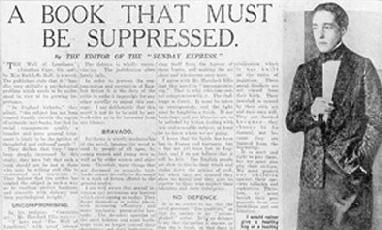