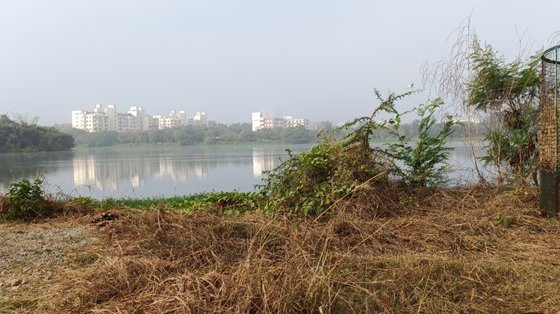 In India, the growth and expansion of urban areas has been accompanied by the depletion of green spaces, waterlogging and an amplified heat island effect (Singh et al, 2021). This trend is likely to continue, as cities in India are likely to house nearly half the country’s population by the year 2030 (United Nations, 2019). Urban and peri-urban agriculture (UPA) has often been identified as a potential solution that counteracts the environmental impacts of urbanisation with positive effects on food production, air quality and other aspects of urban life. There is growing evidence that urban and peri-urban agriculture and forestry (UPAF) can potentially reduce vulnerability to climate change, improve energy supplies by producing biomass, reduce land surface temperature and increase evapotranspiration, thereby lowering temperatures through evaporative cooling (Mancebo, 2018).

How do we expect the practice of UPA to grow in Indian cities in the future, and what impact might this have on the environment? To what extent does UPA quantitatively impact metrics such as carbon density and Land Surface Temperature (LST)?

We selected the Indian cities of Chennai and Bangalore as cases and adopted an innovative three-layered approach. First, we gathered satellite images across different time periods in the past for both cities and classified the land cover in these images into four categories: (1) Built-up areas, (2) Green cover (including parks, croplands and forests), (3) Water bodies and (4) “Other” areas (uncultivated wastelands for instance). We then used well-accepted Cellular Automata and Markov Chain (CA-Markov) techniques to understand how land cover transitioned from one category to another (Liang et al, 2021). Using a number of regional parameters such as population density, elevation and so on, we were able to model these transitions with a good deal of accuracy. While this analysis contributed to our understanding of how cities evolve, it did not help us understand the spread of UPA.

We therefore moved to our second step – a survey among citizens of Bangalore and Chennai on the prevalence of UPA. In this survey we tried to ascertain trends with regards to UPA – how quickly was UPA growing in these cities both in terms of the size of the farms/gardens and the number of households that were involved in farming, as well as the kind of UPA practices that were being adopted – how big was the average farm-holding? What kinds of crops were being grown? By combining our predictions of the growth of the built-up areas in Chennai and Bangalore with our understanding of the relative growth of UPA in these cities, and by using CA-Markov methods, we were able to arrive at a predicted distribution of UPA in Chennai and Bangalore for the future. Since we were unsure about the precise extent of UPA activity currently in these cities, we simulated a variety of scenarios wherein 1-3% of the population of these cities is currently engaged in urban farming. Image 3 below depicts land cover in Chennai over a 20-year time period, as well as the predicted land cover in 2025, inclusive of UPA.

Once these future maps of land cover were obtained, we moved on to our third step of computing the impact of UPA on carbon density and land surface temperature. Through our survey we were able to understand the distribution of crops that were grown in UPA farm-holdings in Chennai and Bangalore. Using data on the biomass concentration of various plants, we estimated the total biomass attributable to UPA both now and in the future. Image 4 below shows the growth of biomass across a variety of scenarios in Chennai, from 2017 to 2041.

Using Normalized Difference Vegetation Index (NDVI) values from satellite data and the quantum of biomass, we were also able to determine the change in land surface temperatures in Chennai and Bangalore using well-known relationships between these quantities (Avdan and Jovanovska, 2016).

LST change in Chennai is shown in Image 5 below.

Overall, our analysis shows that UPA has an impact on biomass and land surface temperatures. While LST could increase over time, UPA can lead to a drop of approximately 0.7°C, while biomass doubled over a 20-year period. However, these impacts may not be significant enough to offset other climate-induced effects such as urban heat islands. UPA on its own is therefore useful but unlikely to be a game-changer in the fight against climate change, if continued at the current, mostly individual scale. Our work however shows that a combination of traditional land cover analysis, user surveys and scientific formulae can help move away from purely qualitative discussions of the impact of UPA, to more quantitative results that can help inform policy.

This blog has been written with inputs from the research team of the project “Urban and Peri-urban agriculture as green infrastructure: implications on wellbeing and sustainability in the Global South”. The team thanks the British Academy for project funding received in 2019 under the Urban Infrastructures of Well-Being programme.