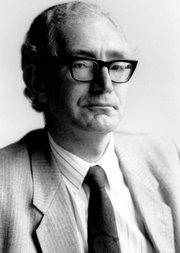 Tony Atkinson died on 1 January 2017. He was one of the world’s leading economists, an unrivalled scholar of inequality and poverty and among the founders of the modern study of public economics. His death was followed by an international outpouring of appreciation for both the man—one of the warmest, most generous, most decent of people—and his work, which forms part of the canon of social science.

Posted to Biographical Memoirs of Fellows of the British Academy, XVII