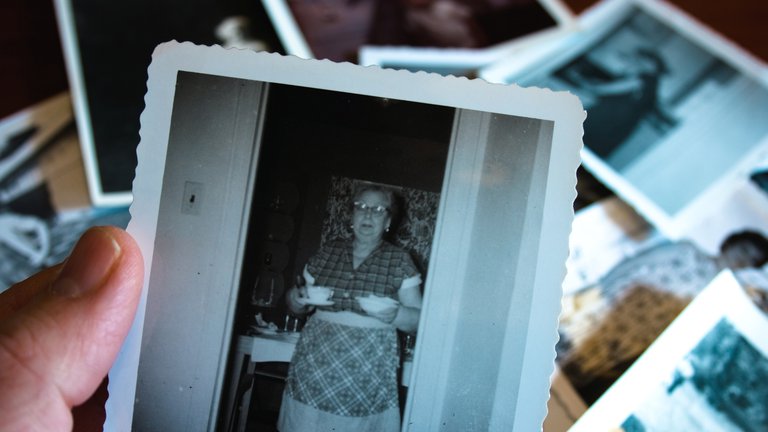 Professor Lynn Abrams FBA explores the links between feelings amongst women in the 1960s and today’s mental health crisis.

Hello, my name is Lynn Abrams and I’m a Fellow of the British Academy, the national body for the humanities and social sciences. I am an historian of women and gender in the modern world and I’m going to spend my 10 minutes exploring women’s mental health from a recent historical perspective, that of the 1960s and 1970s.

My work currently focuses on the lives of the post-war generation of women in Britain. They were the women who grew up in the wake of World War Two who have been described as the transition or breakthrough generation, benefitting from improved education and career opportunities, fertility control and better health and welfare provision than their mothers’ generation. But this was also a generation who were labelled neurotics in their twenties, and were said to be suffering from nervous trouble or domestic stress as a consequence of finding themselves unfulfilled at home with young children. Of course there is a well known and long history of associating women with "hysteria"; in the 20th century the hysterical women reappears in the form of the "unhappy housewife" of the 1930s and the 1950s. In the 60s, however, she was not universally denigrated but rather understood as an expression of the changing realities of many women’s lives in the post-war decades. A generation that was making strides in the labour market was now apparently trapped at home as a result of social expectations and the absence of affordable and accessible child care. This was not what many women had imagined when they married after the carefree years of teenagerdom or university life.

Over the last year we have talked a lot about mental health as a result of the pandemic. We understand that mental health and mental ill health should be understood on a spectrum from low grade or background anxiety and stress to clinical depression. It is generally agreed that it is better to talk about our mental health than to bottle things up. And for many people, self help therapies and talking treatments are deemed more effective than drugs. This was something women in the 1960s understood too. The post-war decades witnessed the growth of psychotherapeutic treatments, but access to talking cures was still very limited for most people and those who approached their doctor for help were more likely to be prescribed tranquillisers rather than talking therapies to treat symptoms ascribed to the deadening suburban lifestyle, a trend referenced by the Rolling Stones with their 1966 hit "Mothers’ Little Helper", a reference to the "little yellow pill" or the benzodiazepine group of drugs

The "problem that had no name" identified by American feminist Betty Friedan, and blamed on the unhappiness produced by an unrealistic and stultifying ideal of femininity, in fact had many names in the UK: everything on a spectrum from the "wives at home" problem to depression. But while some were diagnosed with anxiety or mild depressive disorders and treated with the growing family of tranquillisers or anti-depressants such as Valium and Librium, others turned to talking about their feelings, not with psychotherapists but with like-minded friends and in the media. The language of feelings was everywhere in the 1960s just as it is today – from the pages of women’s magazines and on the BBC, to the research projects of medics and social scientists - and this new landscape and new language liberated women to acknowledge how they felt to themselves and to speak about their feelings, to each other and to professionals and eventually to act to ameliorate their situation. This is a key moment in post-war women’s lives, when they began to service the self rather than, or in tandem with, servicing others.

The work versus family dilemma which was at the heart of the frustration and dissatisfaction experienced by so many women, was being addressed by researchers. In the 1960s feminists like Hannah Gavron, Pearl Jephcott and Joan Maizels gave women the space to articulate their feelings in their own words. They understood that for most the language and framing of "suburban neurosis" misrepresented the stress symptoms articulated by women of all social classes. In particular Hannah Gavron’s pioneering research published as The Captive Wife in 1966 identified the "conflicts" of young middle and working-class women who were caught between emancipatory impulses and gendered expectations and structures pertaining to housework and childcare.

But the frustrations of this cohort of women were also discussed openly in the broadcast and print media. An example is a four-part series on BBC afternoon television’s Family Affairs programme on the subject of "The Married Woman's Place". Episodes covered "the housewife at home: is she lonely? is she bored? does she lack public spirit?"; and "the wife with a full-time job outside the home: how can she combine two jobs? does her family suffer?" In a follow-up article for The Observer, provocatively headlined "Miserable Married Women", it was claimed that the programmes had attracted a "flood of letters" from women, with 75 per cent saying "yes, we are bored and lonely". "Only those who have been through it can understand the torture and the strain" wrote one. "One’s mind goes round and round trying to escape …I have almost lost all hope of feeling normal again…There are many like us, please help us save our reason".

So the public discussion of negative emotions and affective disorders was normalised, encouraging women to articulate how they felt and, unlike their parents’ generation who tended to exhibit self-restraint, they spoke about it quite freely. Women had found their emotional range. The expressive turn was manifested in the collective cry of relief of women who now understood that their feelings were not abnormal, that it was OK to admit to being unhappy, that they were not alone and they could do something about it.

A key role in this story of the liberation of feelings was played by The Guardian newspaper. It regularly aired discussion on this theme, offering space to those who regarded domesticity as "hell" as well as those who could not understand what all the "moaning" was about, but it also provided a platform for action. It was here that women’s self help was initiated with letters to the newspaper from so-called housebound wives leading to the formation of a host of do-it-yourself organisations, chief amongst them the National Housewives Register and the Pre-School Playgroups Association. The self help women’s groups of the 1960s and 70s quickly grew to become nationwide organisations with tens of thousands of members. They were potentially transformative spaces which, in the absence of paid employment or other meaningful activity outside the home, offered women social contact, intellectual stimulation and purpose.

But just as importantly, these organisations fostered talk about mental health using everyday language. One Welsh correspondent to the 1966 National Housewives Register Newsletter articulated the feelings of many. "Time after time I’ve heard comments like: ‘I think I’m going round the bend/up the wall/crazy’; ‘I’m in such a rut’; ‘I’ve been in a steady decline for ages’; ‘thank god someone else feels the same’; ‘I never see a soul’; and so on and so on." The language of neurosis and mental illness was not included in the official image these organisations wished to project, but members frequently referred to their own encounters with psychiatric problems in both jovial and more serious ways. "National Housewives Register certainly kept me away from the tranquillisers when I felt embedded in nappies" recalled one.

This more open culture, which was to accelerate in the 1970s, legitimised a freer and less judgemental environment for talking about mental health and a vernacular which women could use to describe their feelings. And finally, some with social confidence used the media and self help to effect change. All of these elements were necessary to create an environment in which women could admit to feelings that hitherto had been suppressed or interpreted as "hysteria" or "neurosis". The self help movement placed the emphasis on practical efforts to counter women’s distress rather than analysing its causes. It would take feminist psychologists and social researchers to do that, identifying gender inequalities and structural impediments to women achieving peace of mind and satisfaction in their lives.

Today we can talk about mental health using everyday language that is inclusive and unthreatening. The conditions of the pandemic have accelerated this tendency. A similar moment occurred in the 1960s and 70s, albeit the conversation was dominated by middle class women and the circumstances were rather different. In 2020 an international study of mental health during the pandemic revealed a crisis amongst women. Home working, home schooling, care for children and the elderly and housework have disproportionately fallen on women of all socio-economic groups in a context where anxiety is already acute.

Listening to women speak about their feelings now is as critical as it was in the 1960s. And looking to history we might identify some solutions.

"Caring about inequalities at home", blog for Royal Society of Edinburgh.

The Making of Modern Woman, book by Lynn Abrams.

"Why women do the household worrying", New York Times article.