10-Minute Talks: The Spectre of War - International Communism and the Origins of World War II 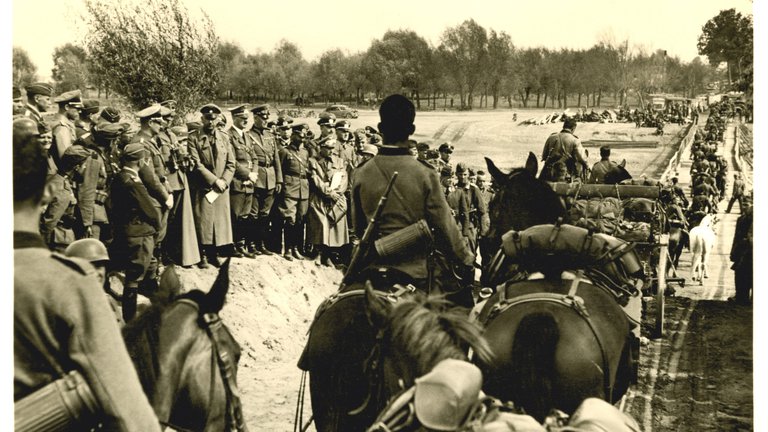 Why was there no alliance to block Hitler from launching aggression in Europe? Professor Jonathan Haslam FBA argues that it was because Europe feared communism more than fascism.

Hello. My name is Jonathan Haslam. I am the George F. Kennan Professor at the Institute for Advanced Study in Princeton. I am here to tell you about my book, which is called The Spectre of War - International Communism and the Origins of World War II. This is published with Princeton University Press. The book really is an attempt to revise our understanding of the origins of the Second World War.

In its most simplistic version, Adolf Hitler, the man, mobilises Germany, attacks the rest of Europe, piece-by-piece takes it over, and almost takes over Britain. That's part of the story. The story was then more complicated. Yes, but what about those who should have opposed him? The leading power in Europe still in those days was the British Empire. Why didn't Britain oppose him?

Britain was led by a series of men who had been harmed, if not traumatised by the events of the 1920s, following the Bolshevik Revolution. The British had tried and failed to extinguish the Bolshevik revolution in 1918 to 1919. They then had to live with it. And they had to live with a power that didn't play by the old rules of the game. Instead, the Communist International, which the Bolsheviks had set up for this purpose, was intent on spreading the Bolshevik revolution, the communist revolution, throughout Europe and across the globe, and had spent a vast fortune to do so, and did so in a highly organised manner.

This led to conflicts with Britain in the 1920s over the British Empire. The British Empire in those days was the largest in the world and the two most important elements of it for trade and investment were India and China. In India the Bolsheviks made no progress, but in China they spearheaded the nationalist revolution from 1925 to 1927, which nearly destroyed every piece of investment and trade that Britain had in China.

Following this, the Baldwin Cabinet, which re-emerged in the mid-1930s, re-emerged bitten by the Bolsheviks, determined that they were not about to let the Bolsheviks return to Europe. So, what they did as Hitler emerged into power and Mussolini made power grabs in East Africa, was that they tempered their reaction to the fascist threat, with the view that were the fascists states to dissolve and fall apart, particularly Hitler's Germany, the Bolsheviks would take over. Who was worse? Well, they didn't much like the fascists: they were ill-behaved, they marched about, they did bad things to people at home. On the other hand, they weren't Bolsheviks. So from their point of view, they were the lesser threat and what emerged in the mid- ’30s underlined this. To the horror of the British, the unprecedented factory occupations in France in the summer of 1936 once the front populaire came to power raised once again the prospect of revolution in Western Europe. The socialists appeased the far left and they went on doing so through the autumn of 1936.

By then another threat had arisen, in the form of the Spanish Civil War. The Spanish Civil War wasn't a normal civil war about ethnic issues, it was a class war, and the Spanish republic was also under a front populaire. So the French and the Spanish had, as it were, a community of interests, but within Spain, there was a real attempt at revolution on the ground. This revolutionary attempt made the British feel that the threat in Europe of Bolshevism, that had somehow disappeared in the early- ’20s had re-emerged in the mid- ’30s.

They were faced with a choice: do we block the Bolsheviks, or do we let them through to help fight and block Hitler? They bit the bullet in 1938 and decided to let Czechoslovakia eventually fall into the hands of the Germans, rather than block Germany in the east. If you block Germany in the east, Germany was likely to come to the west. Stalin reacted by coming to terms with the Germans in 1939 with the dreaded Nazi-Soviet pact. Poland was invaded from both east and west, and destroyed as a state.

Britain found itself in a very awkward position but Neville Chamberlain, the Prime Minister, nonetheless went to war with Germany over the invasion of Poland, most reluctantly, and this is the story I want to tell.

Europe wasn't just divided horizontally between states in the interwar period, but vertically, between classes. Revolution was the key factor in explaining the behaviour of states. The Czechs and the Poles had resisted coming to terms with the Russians fully to defend them because in fact, they feared Bolshevism even more than the Germans. So this wasn't just Britain's reaction, it was the reaction of most “settle” states in Europe, including I may say, the Vatican.

The Spectre of War: International Communism and the Origins of World War II, book by Jonathan Haslam.

The Nixon Administration and the Death of Allende's Chile, book by Jonathan Haslam.

"A New History of Soviet Intelligence: A vantage point into the story of the present," lecture by Jonathan Haslam.

Near and Distant Neighbours: A New History of Soviet Intelligence, book by Jonathan Haslam.