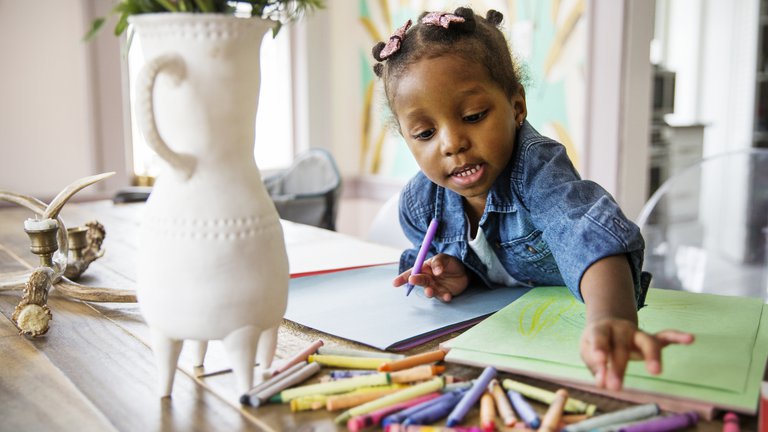 Professor Christian List FBA argues that far from undermining free will, science actually offers some arguments in its support.

Hello, my name is Christian List and I'm giving this talk as part of a series of short talks organised by the British Academy, the UK's academy for the humanities and social sciences. I would like to talk to you today about why science has not refuted free will.

The idea of free will is familiar. When we walk into a coffee shop, we think it's up to us whether to have coffee or tea. And when we think about more serious matters, let's say, which job to apply for or whether to get married, we think those choices are up to us, too.

Of course, what we do is constrained by our environments, our means and our habits and there are all sorts of subconscious influences. Still, we have this powerful intuition that there is some room for choice. I had a coffee this morning, for instance, but I feel that I could've had a tea instead. The choice was mine. Free will is the capacity to choose and control our actions.

This idea is central to our practices of assigning responsibility to one another, both in morality and in the law. It's also central to our human self-understanding as agents.

Yet this idea of free will has come under attack in recent years. Many science writers and some scientists are telling us that free will is an illusion. According to the sceptics, human actions aren't the results of conscious choices, but they are caused by physical processes in the brain and body, over which people have no control. Human beings, these sceptics say, are just complex physical machines, fully determined by the laws of nature and prior physical conditions. For example, the fact that you are listening to this talk right now was predetermined by prior physical processes, perhaps even by the initial state of the universe at the time of the Big Bang, given the laws of nature, just as the date of the next solar eclipse is predetermined. And so the idea of free will seems out of place in science.

The aim of some of my recent work – especially a recent book – has been to give a response to this scientifically motivated free-will scepticism. My thesis is that free will is not undermined by a scientific worldview. Rather, once it's understood in the right way, it's actually supported by it. I now want to give you a brief sketch of my argumentative strategy.

The first point to note is that contemporary free-will scepticism, of the sort that is motivated by science, is typically based on a reductionistic worldview, a worldview according to which everything is reducible to physical processes. If we look at the world from the perspective of the physical sciences alone, we'll see only particles, fields and forces. Perhaps we'll also see molecules and more complicated physical processes, like chemical reactions in the body and brain, but we won't see any human agency, choice and free will. Human beings, on this picture, are nothing more than physical systems. Of course, the sceptics think that this is the right conclusion to draw and so they see no room for free will.

But I think it's a mistake to equate science with reductionism. Science doesn't force us to think of humans just as heaps of interacting particles. Take the sciences of human behaviour, from anthropology and psychology to economics and sociology. They are a very diverse range of disciplines, but in all of these sciences it's standard practice to think of people as intentional agents with a capacity for making choices and for responding intelligently to their environments. Scholars in all of these fields explain human behaviour by depicting people as choice-making agents with beliefs and desires, with goals and plans, on the basis of which they decide which actions to pursue.

Of course, there are lots of disagreements about the details of how this works. If you ask economists, they'll give you a very different picture of human agency than anthropologists, for instance. Still, the general presupposition of intentional agency is present in all of these sciences. This explanatory practice doesn't assume anything supernatural. It just reflects the fact that agency, intentionality and choice are essential postulates if we wish to make sense of human behaviour.

To illustrate this, think about some familiar questions about human behaviour. Why does someone who has made an appointment normally show up? Why does a taxi driver take you to your specified destination? Why do consumers respond to price changes? Why do people vote the way they do?

All of these behaviours become reasonably intelligible if we think of people as having agency, intentionality and choice. They have different options, they consider these options from their perspective and then they select one of these options in a more or less goal-directed manner, even if the resulting choices aren't always fully rational.

Now, if we thought of people as mere physical machines, as heaps of interacting particles, we would overlook the intentional nature of their actions and instead we'd just get overwhelmed with physical details. It would be like trying to explain market transactions, voting decisions or cultural activities from the perspective of particle physics. That would clearly be a category mistake. These considerations should illustrate that the physical sciences alone can't explain human behaviour satisfactorily. At most, they can give us some insights into the mechanisms by which human agency is produced in physical organisms. These are, of course, important insights and they can complement the more humanistic and social-scientific explanations of human behaviour, but they don't replace them.

Now comes a central point: once we think of humans in this non-reductionistic way, we are actually presupposing some form of free will – of course, without anything supernatural. Free will, soberly speaking, can be defined as the capacity for intentional agency, for choice among alternative possibilities and for control over the resulting choices. This capacity is presupposed when scientists depict people as choice-making agents, whether in anthropology, psychology, economics, or sociology.

Now the sceptics will probably say, "well, that's just a useful fiction; the free-will presupposition is not literally true". But consider how scientists normally settle questions about what is and is not real. Why do they accept gravity and electromagnetism as real, for instance, but not ghosts and spirits? The answer is that science must refer to gravity and electromagnetism to explain physical phenomena. They're indispensable ingredients of a coherent theory of the world. On the other hand, postulating ghosts and spirits is explanatorily useless. Generally, to figure out whether something is real, scientists ask two questions. First, is postulating this entity or property necessary for explaining the world? And second, is it coherent with the rest of our scientific worldview? If the answer to both of these questions is yes, then this postulated entity or property meets the reality test and scientists treat it as real, at least provisionally.

This test is basically a version of the long-established Occam's razor principle, and it can be applied not just to physics. It also supports the reality of "higher-level" entities and properties of the sorts that we study in the special sciences, for instance organisms, ecosystems, institutions and, of course, human agency. These must also be accepted as real if we wish to explain our world, even if fundamental physics doesn't speak about them.

Now, when we think about free will in this way, we get a new perspective. If the human and social sciences must postulate intentional agency and choice to explain human behaviour, then those properties pass the first part of our reality test: they are explanatorily indispensable. What about the second part of the test, which was coherence with the rest of science? Here we must show that our psychological and social-scientific theories of human agency are compatible with fundamental physics. I think they are, even though they use notions such as agency and choice that we don't find in physics.

To sum up: what I've argued, of course very briefly, is that the idea of free will is supported by the sciences of human behaviour. Specifically, this is so when we define free will as the capacity for agency, intentionality and choice. Postulating this capacity is explanatorily indispensable in the human and social sciences. Denying free will would be warranted only if this postulate weren't needed for explaining human behaviour or if it was somehow incoherent, but I do think it's explanatorily needed as well as coherent.

Of course, future science might still give us a radically different approach to the explanation of human behaviour and perhaps even vindicate some form of reductionism. If this were really the case, we would have to reassess the present conclusions. But I don't think science is currently heading in this reductionistic direction at all. I want to finish by noting that just as we wouldn't deny the reality of organisms, ecosystems and institutions just because fundamental physics doesn't refer to them, so we shouldn't deny the reality of agency, choice and free will either.

"Science Hasn't Refuted Free Will" article by Christian List for the Boston Review.

"Free will in a deterministic world?", podcast for the LSE.

"There's no such thing as free will", article in The Atlantic.

"Free will: real or illusion", Christian List in The Philosopher.