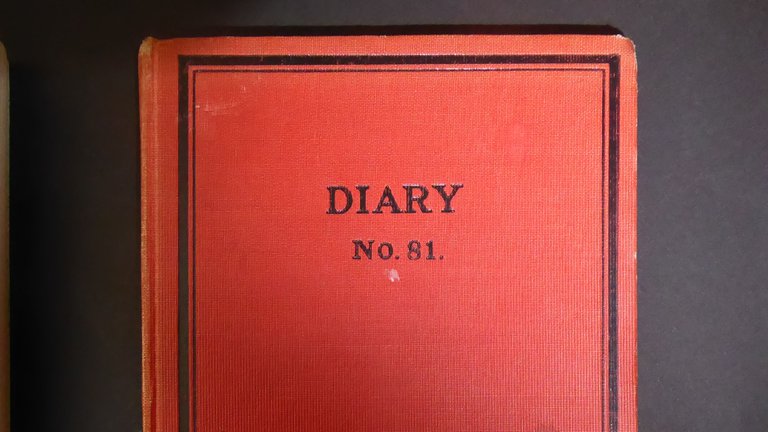 Hello, I'm Fiona Stafford, Professor of English at Oxford. I'm a fellow of the British Academy, the UK's voice for the humanities and social sciences.

Today I want to tell you about a diary. It's survived against the odds since 1941, and what survived in its pages is a remarkable insight into a life profoundly altered by the Second World War. It's not a carefully crafted story by a professional writer, but it has its own beginning, middle, and end and an indisputable truthfulness. It was kept by a woman called Mary Thicket, who was 73 and lived in the fishing port of Grimsby. That's a picture of her on the wall behind me. [Picture]

When I started working on the diary a couple of years ago, I was in enthralled. Recent experience has made it seem even more resonant. Mary Thicket’s diary was written during a very different kind of international crisis from what's facing us in 2020, but in the brief notes she made each day, she left an extraordinary record of her adjustment to life changed by things beyond her control. Involving separation from family and friends, long hours of isolation, profound uncertainty. It's a record of how she managed.

Here it is – a very simple book with pages printed on thin wartime paper, now very fragile. Which is why it might so easily have just got lost or thrown away. As soon as I read the words on the first page I was transported back in time. It just said ‘1940. Christmas. Wednesday. Second Christmas of war’. What follows is a series of concise but enormously evocative entries. Mary was writing for herself so she knew what she meant by initials and private symbols, but even if you don't know who she's talking about, it's obvious that all the people she'd normally be seeing were somewhere else.

Let me just read you the first few days:

So this is mostly a pretty routine list of New Year duties, sending off thank-you letters, ordering in supplies, putting up with freezing weather, snow, plumbing problems – just what you don't need – were all part of that post-Christmas return to normality. But then there are those brief matter-of-fact details with the explosive power. First, ration books, and then incendiary bombs. As soon as you read these words, the whole week feels different. A very quiet New Year's Eve isn't just a disappointingly dull evening – it's an evening without any bombs. This is a second Christmas of war.

This is a woman who is now used to a new normal involving rations, restrictions, bombing raids and yet her sense of what's happening is constantly defined by what should be happening if there were no war. Most days record either ‘quiet night - all clear’ or ‘bombs’. 15th January has a small diagonal cross and four dots – it’s a sign that reappears with increasing frequency between February and May. On the 15th of January, Mary noted an absent granddaughter's birthday, a grocery order, tea with Mrs. Atkinson, a phone call from her daughter Marjorie, and then sirens and gun firing. As the weeks passed, the cross and dot sign becomes easy to decipher as shorthand for an air raid. The 5th February has two of these marks and then first siren six o'clock, all clear six thirty. Second six thiry to ten. Some raids only lasted an hour or so, but on Valentine's Day the sirens began to hoot at seven fifteen in the evening, and it wasn't until after one in the morning that the notes of the all-clear sounded. Mary's husband William was an air raid warden and aged 75 he was still out on duty most nights, so when the siren sounded Mary was usually alone. Collecting up her gas mask and blankets before going down into the air-raid shelter to remain underground for however long the raid lasted. No wonder the diary recalls the weather so carefully. ‘Extremely cold’, and then the next morning she'd have had to see whether her home and her neighbours had survived the night.

Today, it's difficult to imagine not knowing when and how the Second World War ended – its history. But in the midst of the bombardment it was just impossible to tell. So Mary's diary concentrates certainties – the bare facts of the day. Any plans for the future were limited to what was said in broken phone calls or shopping lists. Those promises of meals to be shared if everybody got home safely. Even William's daily return couldn't be taken for granted. But there are long lists of books too. Books already read, and books to read. Now here was something definite, and a modest kind of future but had every chance of being realised. You know if you've read a book. You know you're going to enjoy the satisfaction of finishing another book. You know you're capable of reading the third book. Books can take you to another world entirely – right out of an underground shelter. Right out of the war. A good novel has a satisfactory ending, unlike the desperately uncertain future of everybody in 1941. Mary was a keen reader judging by the lists of modern fiction and classics, and yet her diary is not a self-conscious literary work – there are no long passages of introspection. No philosophical musings. No emotional confessions. What we can see from her brisk notes is what Mary Thickett did each day – how she tackles her situation. It's a book of determined action during days of enforced inaction. As the raids increased, so did her insistence on maintaining order . A single week's records: ‘clean drawing room. Box Room. Linen cupboards. Pantry cupboards. Dressing room cleaned. Covers in bathroom/ Finish pantry cupboards. China cupboard cleaned. Dining room cleaned.’

The more insistent the sirens, the more rubble-strewn the streets, the shabbier the exterior of every house, the more immaculate Mary's interior became. And when she wasn't cleaning, she was doing accounts, organising fundraising for the hospital, ensuring that old woollens were unravelled and re-knitted into blankets for the injured, and writing letter after letter. In a world where families were separated, and phone calls restricted, travel more or less impossible, the post was a lifeline. Mary's diary tells us everything and yet nothing. But the practical approach and emotional reticence means that your imagination leaps into the gaps – eager to flesh things out. To fill in the thoughts and feelings. So to avoid doing Mary a disservice through misplaced modern assumptions, I interviewed descendants of those who appear in the diary as initials, including Mary's granddaughter.

As a child during the war, her vivid memories helped to identify the people behind the initials. She described the house, the air raid shelter, the hood torches and the gas masks, the taped-up windows and the blackout curtains. It had all made a huge impact on her. I was also able to track diary entries against other material from 1941. Listening to the music released that year, to programmes, speeches and information campaigns and looking through photographs of people and bomb damage. Consulting local records and newspaper reports. The note in Mary's diary that just says ‘Library’ took on real poignancy when I discovered that the municipal library had been completely destroyed by a bomb on the 4th of February 1941. I also read copies of The Times published on the same day as the diary entries to see what was going on beyond Mary's restricted existence, and whether their individual life reflected events in the rest of the world, or at least authorised versions of events. The sinking of the HMS Hood is noted in Mary's diary, but when I looked for what I assumed would be headline news I found the sinking of this British ship buried deep inside the paper – just a few lines. Equally surprising was the vagueness of some of the press reports. A bomb-damaged city would just be referred to as somewhere in the South West or on the East Coast. So the pervasive uncertainty about what might happen tomorrow or next week was intensified by this larger uncertainty about what had already happened and where. Unspecified locations in the National Press were matched on the local level by the removal of all signposts. Even the most familiar place can seem strangely disconcerting when all the usual identification signs and customary coordinates are gone.

The way people received news in 1941 was of course completely different from our own. But the wartime papers deliberately unspecific for reasons of security and morale demonstrate very clearly that what we think we know depends largely on what we are told and who is telling us and why. Mary Thickett’s modest version of the extreme uncertainty shared by millions during the Second World War gives us a rare insight into human existence and resilience. Her diary offers insight into how an individual can create order, mark time and achieve a sense of personal control even in a situation where, so little is known or knowable and even for someone with very little official agency. But it also shows the people react in their own particular way to what life throws at them and helps us question whether a single life is ever representative of any others. Mary Thickett’s diary might seem like a mirror to some, and utterly inexplicable to others. Perhaps its abiding interest lies in its uniqueness and the window which opens into lives and times so very different from our own.

This talk originally took place on 8 July 2020, part of the series 'The British Academy 10-Minute Talks', where the world’s leading professors explain the latest thinking in the humanities and social sciences in just 10 minutes. 10-Minute Talks are screened each Wednesday, 13:00-13:10, on YouTube and available on Apple Podcasts.

"Hundreds of Britons Volunteered for a Diary-Keeping Project in 1937. They Left an Invaluable Record of World War II," article for Time magazine.

The Brief Life of Flowers, book by Fiona Stafford.

Local Attachments: The Province of Poetry, book by Fiona Stafford. 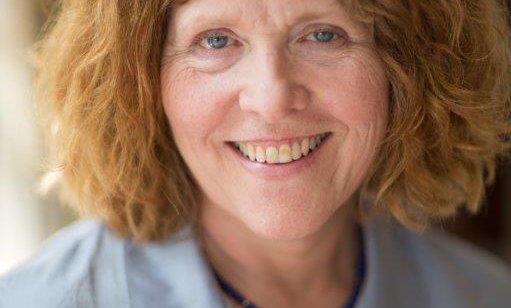