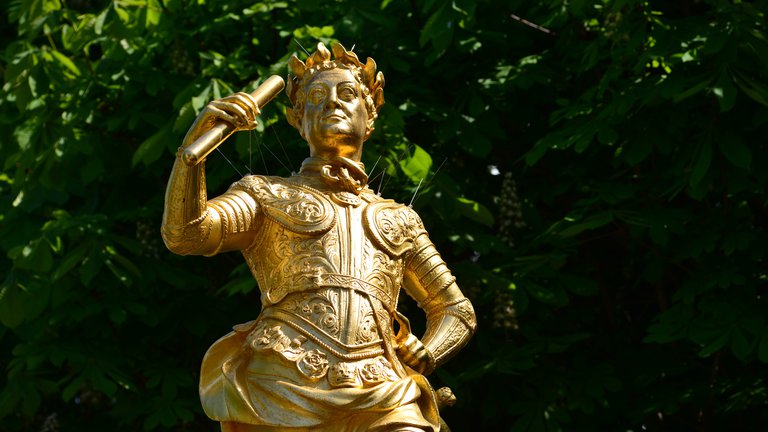 Professor Norman Davies FBA tells the unfamiliar story of how George II's German Electorate was governed by him from St. James’s Palace in London.

I am Norman Davies. I am Fellow of the British Academy and Professor Emeritus both of KLCL in London and at the Braunschweig university in Kraków. Unfortunately I have not had the pleasure of a haircut for more than a year. By writing a biography of a British monarch, I am straying a bit from my usual territory. I've spent most of the last 50 years writing about continental Europe and central and eastern Europe in particular. I've written the Oxford history of Europe, published as Europe: A History in 1996 and several books on the history of Poland and other things. I only received the commission from Penguin Books to write this biography of George II because none of the leading British historians were especially interested. For George II or George Augustus, as I prefer to call him, has been regarded until recently as one of the least attractive and least popular monarchs in the series. Until a distinguished Cambridge historian Andrew Thompson wrote a solid biography about him some 10 years ago he was largely neglected and often needlessly vilified. This treatment, I think, is very unfair.

For George, or George II, Augustus as I call him, ruled and reigned for 43 years in an important period when his German dynasty, the Welfs, captured a glittering prize in the rising kingdoms of Great Britain and Ireland, and when Britain's old naval power and Britain's slave trade were reaching their peak. In other words, there is quite a lot to talk about.

In this brief talk, I intend to present five salient points about the man and his reign. Firstly, George II Augustus was the sovereign ruler, not just of Great Britain, but of two complex political entities and their several dependencies. That is, Great Britain and Ireland, and a substantial cluster of possessions in Germany, stretching from the Elbe to the Harz mountains, from the boarder of the Netherlands to Saxony and Brandenburg in the east. This was not, as one leading British Historian has put it, a "dinky principality". Secondly, the idea of the composite state has been with us for 40 years or more. It was developed by British historians, by Professors Koenigsberger and John Elliott among others more than 40 years ago. And yet it's not been applied systematically to British history. And yet, in my view, it seems to be peculiarly appropriate to the reigns of the early Georgians.

George Augustus II, I think, has an important place in the history of the British parliament, where it is wrong, in my view, to think of a linear progression from the Glorious Revolution of 1688 to the Regency at the end of the 17th century. In 1714, when the House of Hanover came to the British throne, George Augustus's father, who we know as George I, declared that he was not inheriting, was not succeeding by the will of Parliament but by the right of his inheritance, inheritance of the Stuarts. The English Parliament had used this explanation for their choice of candidate to the throne, and it was used by the incoming dynasty pretty ruthlessly, and it seems to me that in the first part of the 18th century the supremacy of Parliament, as declared in 1688, was greatly diminished. The Georgians ruled in a kind of hybrid style. In their German possessions they had no Parliament at all to contend with. In the British Parliament they followed laws closely however that did not apply to all parts of their dominions.

Fourthly, the achievements of George Augustus are more considerable than are usually granted. In his eyes, of course, holding the composite state together from beginning to end, with one small interval during the Seven Years' War, was his greatest achievement. In British eyes, of course, the rise of naval power and of empire as achieved by the end of his reign in 1660, was a towering achievement almost all British history books acknowledge but never seem to attribute in any way to the reigning monarch. But apart from that, George Augustus was not quite the slouch that some historians have suggested. For example, it is often said that he was a boorish philistine that had no time for history or literature or learning. In fact, he was the founder of three universities. Three universities! Not universities in England, but one in Germany, at Goettingen, and Columbia in New York and Princeton in New Jersey. This is no minor matter and yet it is very rarely attributed to the enlightenment of the monarch.

Fifthly, and this I think is very important, in order to describe the reign as it deserves, I believe it is important to diverge from the conventional terminology, Anglo-centric terminology, and to assist on more realistic terms. I've said that I prefer to call the monarch George Augustus, rather than George II. George II was his British title. That's not what he was known as outside Britain. The dynasty, that we are told was the Hanoverians, was in fact, their native name was the Lueneburg. The Hanoverian title was invented, I think, to pull the wool over the English eyes as to who exactly they were importing. The electorate is normally described as the electorate of Hanover. That is in fact rather anachronistic. The name of the electorate was in fact Callenberg and if you use that term it gives a very different flavour to the already domesticated term of Hanoverians. The coat of arms, as well, is universally called the royal coat of arms. And yet if you look at this monarch's coat of arms, it has the crown of the Holy Roman Empire in one of its quarters. It is not the royal coat of arms, it is the royal and electoral coat of arms, as the courtiers of the time would have called it. And again, the court itself. British history books assume this was the British court. In fact, this was the court of both his British subjects and his German subjects and ministers, many of whom lived in London and ruled over the electorate from London.

Very few people tell you, for example, that the Prime Minister of Downing Street lived in Hanover until 1632, not the Prime Minister of Great Britain. There we go again. Do we call talk about King-Elector's Prime Minister (singular) or Prime Ministers (plural), because he had two of them at any one time? And so I could go on. I have to stop. If you want to hear more about the slave trade and other important things, then please find the book when it's published and enjoy.