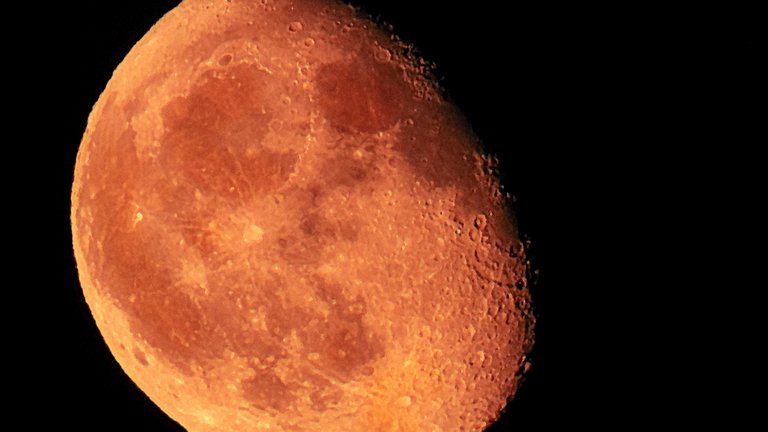 Professor Jane Lightfoot FBA considers what a particular corner of the classical world, astrology, thought about disease – how it classified it, what mental models it built around it, and how it might have coped, or failed to cope, with the situation that is facing us today.

It’s all about disease right now. The R rate is about 1.1. There are currently about 33,000 infections a day, but we might be looking at 50,000 by 19 July and 100,000 later in the summer, and Guardianistas are up in arms about this, perhaps rightly, because if we acted differently it could be avoided. Or could it?

I am Jane Lightfoot, Professor of Greek Literature at the University of Oxford and a Fellow of the British Academy, and I am going to talk about disease – mostly not infectious disease or at least not acute pandemic disease.

I am a classicist and I am coming at this from the unusual angle of an unusual text or group of texts – not Hippocrates or Galen or one of the better-known classical medical writers – but a corpus of divinatory texts which is very, very interested indeed in what is going to happen to you and what is going to harm you, how you will suffer and how you will die.

Specifically I am going to talk about astrology. Why even bother with something so hare-brained? Because if you can think your way past the bonkersness of it, what it represents is not the curated words of a senator or member of the elite, but something that has been averaged away by astrology’s narrative voice into a set of norms and motifs and cultural patterns in which everyone had a stake.

Let us be clear, this was a craze that swept the Roman empire – the period of the texts I am going to talk about being approximately the second to the fourth centuries AD – so this is a modest exercise in social and intellectual history. Everyone had a stake in divination, from the trash of Juvenal’s Rome to emperors who trembled at its implications. And let us also be clear, to believers astrology did not seem at all bonkers, it was not lunatic fringe, it was not Q-Anon. If you accepted the premise that stars are correlated with the seasons – which demonstrably affect animal and vegetable life – then it was not at all obvious that they did not affect human life as well. If even the great Ptolemy, he of the Almagest, thought this – which he did – who were the rest of us to disagree?

So back to disease. These are not the thoughts of an eminence in the field. The way astrology treats disease is plausibly the way the man in the street thought about it. It doesn’t deal with epidemic diseases, not because they weren’t feared, but because its perspective is longue durée and fatalistic. This is what you were born to. In fact there are two kinds of astrology, one of which deals with just that, what you are born to, and the other deals with day-to-day pragmatism.

So, it will tell you whether it is a good idea and auspicious to go on a journey or to self-medicate or to have an operation on a particular day. As a matter of fact, if you did happen to fall ill of the plague that Roman troops brought back from Mesopotamia in and after 165, it could tell you whether you were going to die of it depending on where the moon was in a particular sign when you took to your bed.

But what I am talking about are the foreseeable diseases, not the ones that came from no-one knew where and didn’t have a name for when they appeared. I am talking about the familiar ones, the endemic ones, which it was plausible to ascribe to a child born under a certain configuration of maleficent stars just because we all know unfortunates like that, and why should it not be us.

What is interesting about these diseases, as opposed to the sudden waves of infectious disease that no-one understood and no-one knew how to classify, is that there is a kind of cultural horizon of expectation about what you would suffer from, what mankind in general was heir to. We have a horizon of expectation as well, of course. We know from mortality statistics, or we knew before COVID, that the overwhelming likelihood is that we will die of one of the big three killers, cardiovascular disease, cancer or one of the neurodegenerative diseases of old age. They didn’t in the ancient world. They didn’t because they didn’t live long enough.

Some of the diseases they latch onto are indeed infectious. There are clear descriptions of pulmonary tuberculosis, almost as precise as in medical texts, and likewise of leprosy. They are very interested indeed in eye conditions, many of which were infectious, not that they knew that. The degree of interest in eye conditions reflects what a bane they must have been in a world which had no remedies even for the banal problem of short sight. But what they latch onto they latch onto, not because of its aetiology, but because of its visibility. They have no idea of the agency of disease except a kind of bastardised version of humour-theory, the idea of hot and dry and wet and cold constitutions, so that the wet and cold Saturn works on you to make you prone to dropsies and gout and rheumatism.

But the main principle of selection is what produces dramatic visual effects – skin diseases that cause the sufferer to flake and peel or go red and raw, leprosy, which they call elephantiasis because of its coarsening of the skin (they even note how it makes digits stumpy and eventually fall off), dropsy because of spectacular swelling; one text describes a man as "pregnant with his own death", a metaphor which also happens to be used by the Church Father Jerome. One suspects they mean ascites, an effect of cancer, but it is characteristic that they don’t have a word for cancer but do describe the visual effect it produces.

Above all, they return again and again to epilepsy and to other diseases that produce dramatic muscular effects, spasms, paralysis, loss of consciousness, violent involuntary effects. And it is particularly interesting that the classical astrological texts do this – Greek and Latin texts, many of the former written in Egypt – though, as I say, the world of astrology was empire-wide – because this is also precisely the thought-world of the Gospels; the paralytic and the dropsical man and the epileptic are precisely the sufferers who are brought to Jesus to cure.

However extraordinarily divergent they are in genre and cosmology, their authors have a very similar mental map, or mental geography of disease, and they even have a similar understanding of it too, because if Jesus drives out the demons that cause it, so too astrology manages to accommodate demons even into a worldview where in principle everything is caused mechanistically by the stars.

Visually spectacular diseases do have a counterpart, though, and this is the mysterious category of "hidden disease" which I have not found anywhere other than in astrology. The vagueness and utter lack of specificity is telling. References to hidden disease simply wave at organs (heart, lungs, liver, spleen, kidneys) in a way whose complete resistance to analysis show that analysis was not the point.

Rather, the point was precisely that the disease was hidden (presumably, if you were going to categorise cancer at all, this is how you would do it), and astrology has a deep problem with anything that is hidden – secret books; hidden wealth (not shared, not circulated); secretive people who keep their cards close to their chest and do not live by the ancient norms which require openness and scrutability by one’s fellow man.

Let us come back to COVID. It wouldn’t have interested them very much, I don’t think. It doesn’t make you swell up or your extremities fall off, though they would have been rather more impressed if it progressed to the stage of black fungus. They would have been much more interested in Ebola, at the point where the patient starts haemorrhaging from ears, eyes, nose and mouth. They would have known exactly what to do with that, and in a trice would have laid it at the door of the brutal and sanguinary planet Mars.

On the other hand, faced with the problem of whether or not to unlock on 19th July, they would have been able to consult their charts, see that the moon would be in Scorpio, and tell you that it would be a very bad idea indeed. They are very likely to have been right.

"Where Do Zodiac Signs Come From? Here's the True History Behind Your Horoscope", article in TIME.

"'My favourite of all my books so far' - Prof Jane Lightfoot publishes new work", article about Jane Lightfoot's book on astrology.