10-Minute Talks: The death of John Keats and his early reputation 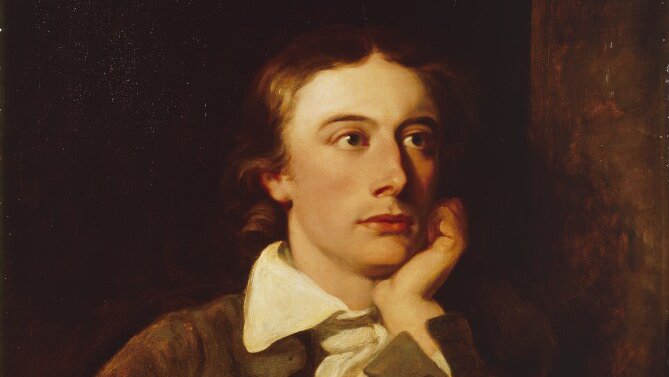 My name is Nicholas Roe. I am Wardlaw Professor of English Literature at the University of St. Andrews and I'm also a Fellow of the British Academy. 2021 marks the bicentenary of the death of the English romantic poet John Keats in Rome on 23 February 1821. Over the years, I've been fortunate to have many conversations about Keats with undergraduate and post-graduate students. I have also edited and written a number of books about the poet. My biography John Keats: A New Life appeared in 2012. Since then I've continued researching into John Keats, focusing in particular on how his reputation evolved after his death and across the decades leading up to the publication, in August 1848, of the first biography, Richard Monckton Mills's Life, Letters, and Literary Remains of John Keats. This pioneering biography did much to set the seal on Keats's reputation. In the next few minutes I want to take you back to the beginning of the story, in the hours and days and weeks immediately following the poet's death in Rome.

Keats was suffering from pulmonary tuberculosis when, in September 1820, he left London to pass the winter in the milder climate in Rome. In Rome, Keats was accompanied by Joseph Severn, the painter. By February 1821, Severn had been exhausted by long days and sleepless nights of looking after the poet. Late in the evening on 23 February, Severn was at the bedside when John Keats died. Not surprisingly, he was shattered and distraught at the experience he'd been through, and it took him some days before he was able to collect himself sufficiently to write a letter to Keats's friends back in London to tell them the news. It was on Tuesday 27 February that Severn put pen to paper and began a letter to Charles Armitage Brown. Brown had been Keats's friend and it had been with Brown that Keats had lodged at Wentworth Place in Hampstead. It's now called Keats House, of course. It was with Brown that Keats had walked around Scotland in the summer of 1818 and it was with Brown that Keats had collaborated on the composition of their tragedy, Otho the Great, in the summer of 1819.

Severn's letter to Brown took some 18 days in the post before it arrived at Hampstead, and was delivered on the evening of Saturday 17 March to Wentworth Place. Brown knew very well what the outcome of pulmonary tuberculosis was likely to be and at some level, I think he was expecting the news. But when Severn's letter was delivered and he opened it and read the news, he was profoundly shocked. Brown waited overnight and then on the Sunday morning, he did what he knew had to be done. He went next door at Wentworth Place and he told Fanny Brawne, who had been Keats's fiancé, that the poet had died.

Brown then went back to his rooms at the other side of Wentworth Place and he began a series of letters to Keats's friends. The last of these letters he sent off to Keats's publisher John Taylor. It was Taylor who had published Keats's poetic romance Endymion back in April 1818 and more recently it was Taylor who had published Keats's third – and last and greatest – collection of poetry, Lamia, Isabella, the Eve of St Agnes and Other Poems. That book had appeared in June 1820, a matter of weeks before Keats had left London. In Brown's letter to Taylor, he included a request. He asked Taylor to place a notice in the London newspapers that would announce Keats's death — and Taylor immediately did as he had been asked. On Thursday 22 March The Morning Chronicle carried this announcement: "At Rome, on 23 February, of a decline, John Keats, the Poet, aged 25."

Taylor had evidently placed several other announcements in the papers that day. It appeared also in the New Times and The Sun and in the evening in The Star newspaper. As was the usual publishing practice at the time, other London newspapers picked up the announcement and republished it in the days and the weeks following. As many as 34 London newspapers in all published the news. The provincial newspapers followed. I've been able to identify around a dozen provincial newspapers that also noticed Keats’s death — published in Canterbury and Newcastle, in Bath and in Edinburgh, and as far north as Inverness, where The Inverness Courier carried the news. It was also published in newspapers in Bristol and Belfast, in Liverpool and Hull, in Bury and at Stamford.

Some of these announcements followed Taylor's original wording in The Morning Chronicle. Others adopted Hunt's different wording, as published in his Examiner newspaper. Some of the announcements included references to Keats's poetry, particularly Endymion, and one of them – the announcement placed in The Stamford Mercury – had been placed by a personal acquaintance of Keats’s. Drawing all these publications together, it's apparent that by 8 April, some three weeks after the original appearance of the announcement in The Morning Chronicle, the news had appeared across the length and the breadth of the country, in some 56 newspapers. In a word, the news of Keats's death had gone nationwide.

It's usually assumed that Keats's reputation, which had been modest during his lifetime, underwent a steep decline immediately following his death and that it took some three decades until a revival began in the 1840s, with the publication of William Smith's little Selected Edition of Keats’s poems published in 1840 and 1841. The pre-Raphaelite painters also took Keats's poems as subjects for their paintings and, late in the decade, as I've said already, Richard Monckton Mills published his pioneering biography. In the 1820s, there had been some tribute poems, some by people who knew Keats's poetry, others by poets who had known Keats in person. Shelley had published his remarkable elegy Adonais at Pisa in 1821. It had been republished in England at Cambridge in 1829, the year that also saw the publication at Paris of Galignani’s collection of the poems of Coleridge and Shelley and Keats.

What I want to suggest is that the received account of how Keats's reputation developed in these posthumous years needs reassessing in light of the nationwide announcement of his death by the papers in 1821. Those announcements amount to a kind of seedbed, planted in popular consciousness and public awareness, that a poet named John Keats had existed and that he had died at Rome, aged 25. From this seedbed, Keats’s reputation was primed and poised to grow. The old story of the demise and rediscovery of Keats needs to be investigated again and told afresh.

In the few moments that I've had today, I've only been able to give you the beginnings of that story, of how Keats's reputation evolved. I hope to go on to tell a new story at greater length in the future. Thank you for listening to this short talk about John Keats in 2021, the bicentenary year of his death.

"The Essay: An ode to John Keats", Radio 3 programme on Keats.

Wordsworth and Coleridge: The Radical Years, book by Nicholas Roe.