10-Minute Talks: Crèvecœur: what is an American? 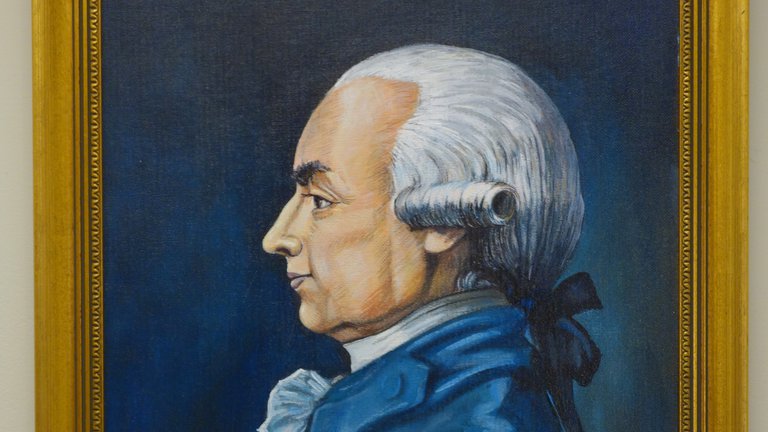 Professor Judith Still FBA discusses the work of Crèvecœur, a farmer and complex thinker of the contradictions of American identity.

My name is Judith Still, I am an Emeritus Professor of French and Critical Theory at the University of Nottingham and a Fellow of the British Academy. Today I’m going to talk about an American farmer, J. Hector St. John de Crèvecœur, and "What is an American?"

Crèvecœur was born in France in 1735 and died there in 1813, but lived most of his life in North America. He first travelled across the Atlantic as a very young man to fight for the French against the British in Canada – a really unhappy experience for him. Of course the French lost, but also he found warfare traumatic, particularly the brutal colonial wars where native peoples were used as weapons and as alibis for exceptionally cruel practices, certainly scalping, murder of civilians including children, maybe cannibalism.

Rather than returning to France as many soldiers did, Crèvecœur travelled south, worked as a surveyor, then settled happily as a farmer, taking British identity (because of course at that time America was a British colony). At the same time he was writing copious notes and draft manuscripts about this new land and its peoples. I would describe him as a philosophe – this does not easily translate into philosopher, but sums up a kind of Enlightenment thinker who challenges easy prejudices, received ideas or indeed ideology.

Unfortunately for Crèvecœur, his more-or-less idyllic existence in New York State was to be shattered by the American War of Independence. He fled to France. En route he paused in London and found a publisher for what has become his canonical work Letters from an American Farmer. Once in France, he then began producing major tomes in French which greatly expand on the material. He returned to America to join in the inauguration of the new United States as French consul.

The most famous chapter of Crèvecœur’s most famous work is entitled "What is an American?" This is still today often anthologised for American students. His work can be and is used to tell a positive story about the land of the free, hospitable refuge to the dispossessed of Europe, a glorious melting pot where a man who works hard can provide for his family and be treated with respect whatever his origins and whatever his religious beliefs or lack of belief.

However, it will come as no surprise to you that such a narrative is too cosy – no surprise in a period where the legacy of the enslavement of so many in the so-called New World still impacts on large numbers of people’s lives. I want to argue that the monolingual reception of Crèvecœur, the determined focus on his writing in English, has made it easier to ignore what a complex and conflicted picture he paints. As a philosophe highly critical of the beliefs underpinning pre-Revolutionary feudal France or indeed Ireland, where English landlords fed cattle while the Irish starved, Crèvecœur desperately wants to believe that America can be a remedy, an opportunity for a fresh start: egalitarian, with land to provide for anyone who needs it. Yet, his French works – largely ignored by English-language scholars – emphasise three major problems – genocide of indigenous peoples, enslavement of Africans and environmental degradation.

Murder or brutalisation of indigenous peoples tends to be written off or screened in the myth of the American in three interrelated ways. The first is denial of the very existence of the first inhabitants of the Americas, the explicit or implicit claim that settlers came to an empty land. The second rhetorical strategy is the bestialisation of the people often named as “savages” – a related rhetorical trick, as animals do not own land. But equally, if these people could be shown to be ignorant, violent and bloodthirsty, even cannibals, then killing them is a natural response of self-preservation, like exterminating wolves (which settlers did too). The third "trick", if you will, is the development of the narrative of the (relatively) good "Indian" who was well-treated by Europeans, who traded with them as hunters and bought their land in fair treaties, rather than stealing their land with threats of annihilation. Any settlers who behaved differently were "bad apples". Yet within a century, the population of native peoples had been reduced by 90 per cent. Those still alive who did not assimilate were confined to reserved areas, systematically starved of food supplies and encouraged to be dependent on alcohol. Crèvecœur too, as a quasi-American, is consumed by the question of the possession of American land. Yet he allows a different perspective – he was adopted by the Oneida nation, introduces his French reader to individuals and groups of Native Americans, and enlightens us as regards the ideology and practices of settlers as they impact with dire consequences on indigenous people.

The ideology underpinning enslavement uses a number of related arguments. Enslavement, like genocide, is denied in that slaves were not deemed to be human beings but things, property. This view prevailed not only in the new USA but in Britain, even as it might be seen to end with the abolition of slavery, the recognition of common humanity – yet compensation was paid to West-Indian slave-owners for their loss of property, not to those who had been enslaved, because their freedom had been taken from them along with the fruits of their labour – and we British citizens were still paying that blood money until recently. The strategy of bestialisation was also deployed and still echoes today – presenting Africans and particularly enslaved Africans as akin to animals, brutal beasts who needed to be tamed, or passive livestock. Then again, there is the myth of good slavery, kind masters and grateful slaves, rather like children – when criticism was only directed at "bad apples", cruel Southerners. Crèvecœur again is a conflicted figure, anxious about the shortage of labour in the New World. However, as an abolitionist, he not only strategically points to the viciousness of plantation slavery but also makes the absolute ethical argument of the philosophe that owning another human being is never legitimate in any context.

In terms of environmental degradation – for lack of time, I would note only that Crèvecœur was recording as early as the 18th century how over-hunting was leading to the wiping out of numerous species. Crèvecœur was torn between his enthusiasm for farming, for "improving" the land – and his recognition of the dangers of the very activity he praised – particularly, deforestation, draining of swamps or over-cultivation of land so that its productivity wanes.

In conclusion, I’d just like to note that within the groups identified there are many splits and fissures which also impact on the apparent goal of equality. Notably of course sex. I hope you noticed my he/man language which deliberately mimics that of the period. At the same time, the divides of class and ethnicity or country of origin are more disturbing than many contemporary or later accounts acknowledge. The colonisers are not simply one group – there is a distinction between, say, poor Irish migrants and wealthy English ones.

Already in the 18th century, the French-English-American-Oneida Crèvecœur points up the original sins of colonisation and then of the founding of the United States by settler colonists, which impact not only on Americans today but have global ramifications that have disturbed, and still disturb, lives across the world.

"The American Beginning: The dark side of Crèvecoeur's Letters from an American Farmer", article in The New Republic.

Derrida and Hospitality: Theory and Practice book by Judith Still.

Derrida and Other Animals: The Boundaries of the Human, book by Judith Still.