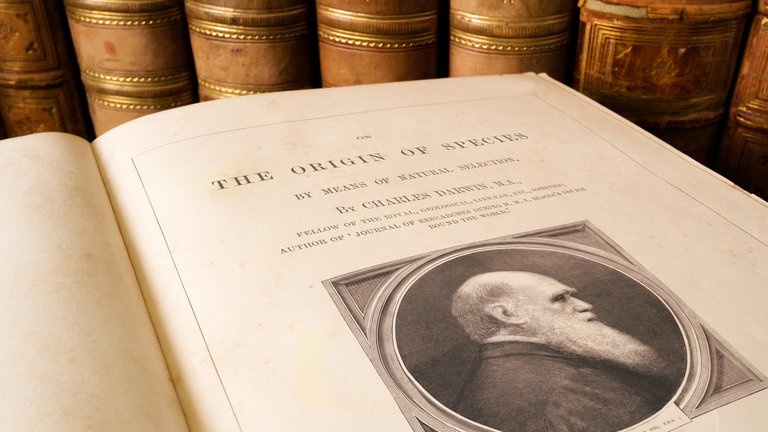 Professor Peter Bowler FBA discusses Charles Darwin’s theory of natural selection and how it suggests that there is no predetermined endpoint for humanity.

My name is Peter Bowler. I'm Emeritus Professor of the History of Science at Queen's University, Belfast and a Fellow of the British Academy, the UK's national academy for the humanities and social sciences. I've spent most of my career as a historian of science, studying the impact of evolutionism not only on science, but on the way we think about the world we live in and our position in that world.

I've been asked to record this talk to celebrate Darwin Day, which is the anniversary of the birth of Charles Darwin on the 12th of February 1809. We celebrate this because Darwin is now recognised as the founding father of modern evolutionism. In fact, the process by which he gained this iconic status is a fairly complex one and that's what interests me.

No one claims that Darwin was the first to suggest the idea of evolution, that is, that new species appear by modification of older ones rather than divine creation. In fact, his own grandfather, Erasmus Darwin, had written about this at the end of the previous century, but it was Charles Darwin's book, The Origin of Species, published towards the end of 1859, that sparked off a debate that convinced most scientists and, indeed, most educated people that evolution was valid as an alternative to a divine creation, which more conservative figures wanted to retain.

Nowadays, we have another reason for celebrating Darwin's position. Not only was he recognised as the founder of evolutionism, which happened very rapidly – by the time he died in 1882, he was buried in Westminster Abbey as a hero of science – but we also recognise him as the originator of the explanation of how evolution works that is still seen the most plausible today. This is the theory of natural selection. This was also suggested by Alfred Russel Wallace in 1858, but Darwin had got the idea earlier and Wallace himself admitted that Darwin had led the way in promoting the theory.

Natural selection depends on the observation that a population, making up a species, consists of a lot of individuals who are not the same. They vary amongst themselves. These variations are usually seen as pretty trivial and undirected. Nowadays, we attribute many of these characteristics to the genes, which transmit them from one generation to the next. The variations ultimately originate in genetic mutations, that is, copying errors in the course of transmission. That's why they are pretty undirected, rather than having any specific purpose. What Darwin realised was that if a species was exposed to a changing environment, some of those variant characters, just by chance, would turn out to be beneficial, others harmful. Those that were beneficial would allow the organisms with those characters to survive and breed better and, of course, vice versa. Over many generations, this would change the makeup of the population and ultimately a new species would be formed. That's the explanation we use today.

Now, Darwin didn't have the science of genetics. His own ideas on heredity were very different to the modern ones. Partly, for that reason, but also for others that I'm going to explore, it turns out that Darwin converted the world to evolutionism even though most people at the time didn't think his theory of natural selection was the best possible explanation. They didn't like natural selection and for several decades scientists and many others looked for alternative explanations of how evolution would work. I've spent quite a lot of time investigating these alternatives, which I'd love to describe to you, but, unfortunately, it would take a lot longer than this video would allow me to fill in.

What I want to do instead is concentrate on what these things tell us about the situation in which Darwin was able to convert the world to evolutionism quite rapidly, yet no one took his explanation of it seriously. That seems something of a paradox. People didn't like natural selection, they looked for a lot of alternatives. I'm interested in what those alternatives gave to them that helped them to accept the theory of evolution.

It's almost as though, on the question of evolution itself, Darwin was pushing at an open door. The origin of species had lots of indirect evidence in its favour and most progressive thinkers were quite happy to accept that and to convert to the general idea of evolution. That's why the conversion took place relatively rapidly at the time. But it's as though people were looking for a somewhat different kind of evolutionism to the one that Darwin was proposing. They wanted to believe in an evolutionary process that was purposeful and progressive, advancing in a positive line as though there was a main line of development, preferably one that was aimed at producing the human race as the pinnacle of the whole process. In a sense, this retained the traditional idea that humanity has a key role to play in the universe. That's precisely what Darwin's theory doesn't really allow you to believe, because natural selection doesn't work in a way that has a goal, an endpoint in mind towards which the whole process is working.

Think about how natural selection works. The variations are pretty purposeless in themselves. It's only by chance that a few of them turn out to be beneficial, in what the philosopher of the evolutionary movement at the time, Herbert Spencer, called “the survival of the fittest”. Some people at the time thought that the “fittest” were the best in some sort of absolute sense, so that human beings were the “fittest”, the highest point in creation. But for Darwin “fitness” means just fitted to the local environment. It's what works in allowing the organism to cope with the local environment. Natural selection is, in a sense, a process of trial and error. Lots of random variations occur and selection picks out the few that happen to do best, but it's only "best" in the local conditions. That means there can be no directing agency pushing evolution in a single, purposeful direction.

We can see the implications of that in another innovation of Darwin's, one that he actually came to even before he got the idea of natural selection. This is the way of representing evolution by the image we now call the “tree of life”, depicting evolution as a tree with many branches going out in different directions, the species being at the end of each branch, but the branches constantly splitting and re-splitting as time goes on. Darwin used a primitive form of a “tree of life” diagram like that in one of the notebooks that he wrote after returning to the UK from the voyage of the Beagle. This notebook headlined recently, as it seems to have disappeared from the collection of his papers at Cambridge University.

In this notebook, Darwin is speculating about the implications of his observations on the voyage of the Beagle. In particular, we all are familiar nowadays with his work on the Galápagos Islands and the different species that are found on those islands; particularly the different species of finch that are found and now called Darwin's finches, each adapted to a different way of life suited to the conditions on the particular island. What Darwin was trying to do with his first little diagram of a tree was to indicate that what was once a single population must have split in various directions, as it was split up on the different islands and each sub-population then adapted in its own way. The tree has multiple branches. The branches are going in many different directions and if you add that up over vast periods of time, of course, each branch in itself may branch again.

The second significant point is that Darwin's tree is really a bush, not a tree. It's not like a Christmas tree with a central trunk and a lot of side branches leading onwards and upwards, with the human species appearing at the top of the Christmas tree like the angel that we stick on top and all the side-branches going away from the main line. Darwin's tree is really a bush, it doesn't have a central trunk; each branch is going off in a different direction and each is as valid as any other. Now, what that means is that there isn't a main line for evolution at all. Evolution is not being pushed towards some particular goal. If you think about the ancestry of the human species, it means that at any point in our past history, if our ancestors had been pushed into a slightly different environment, things would've gone differently and we wouldn't be here. There would be no human race. There would be a world with living things in it but they wouldn't be humanity.

Darwin himself believed that evolution was in the long run, at least, progressive, so it’s even possible that there could be something else that was intelligent, but not human. That was a very difficult thing for people to accept and this is what accounts for the reluctance to accept Darwin's particular approach to evolution. The reason why people looked for alternatives was that most of those alternatives gave a sense of purpose and direction to evolution and to allow them to construct trees of life which were more like the Christmas tree. We see that in a number of popular presentations of evolution in the period after Darwin published the Origin of Species.

It took some time for people to come to terms with this rather disturbing image of humanity as not the goal of evolution, but as what happened to come about in the history of life on this particular planet, the Earth. It seems to me that it's only towards the end of the 19th century that people at last began to face up to this rather disturbing prospect and come around to a more Darwinian view. We see this in the science fiction stories of, for instance, H.G. Wells written in the 1890s. The Martians, for instance, of The War of the Worlds, are intelligent, they have better technology than ours, yet they're completely alien. This concept of a non-human alien intelligence became a standard theme in science fiction, but it's something that only makes sense if you believe that evolution doesn't have to turn out with humanity as its final goal. On different conditions on Mars, something else becomes intelligent, but non-human.

Most of us nowadays have had to come to terms with this rather more insecure position that we seem to have in the world. Darwinism, I think, plays an important role in forcing us to come to the realisation that humanity is not the central goal of creation. That's why we celebrate Darwin's work today. There are, of course, still some who find it very difficult to come to terms with the implications of that theory and resist it. These are people, perhaps, who wish that Darwin had never come up with his dangerous idea.

Thank you for listening.

"The Evolution of Charles Darwin", article for Smithsonian Magazine.

"What Darwin Got Right (and Wrong) About Evolution" article for Britannica.

Lead images: Antique copy of On the Origin of Species by Charles Darwin. © duncan1890 via Getty Images.

10-Minute Talks are a series of pre-recorded talks from Fellows of the British Academy screened each Wednesday on YouTube and also available on Apple Podcasts.

Image: The Origin of Species by Charles Darwin. 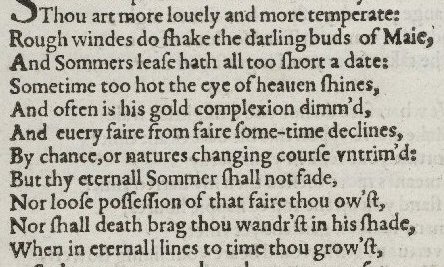