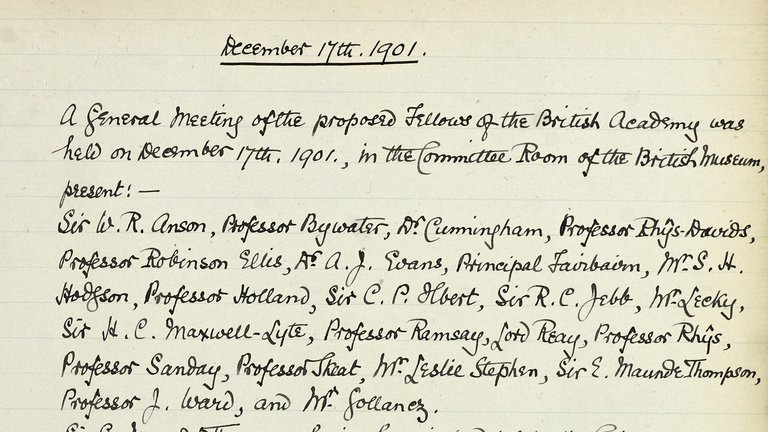 The British Academy, the UK’s national academy for the humanities and social sciences, in 2022 will mark its 120 year anniversary.

Over the course of the year, the Academy will look back on each decade in its history via a content series to be published on its digital channels and in a publication to be published in the Summer.

The anniversary will also be marked at a number of events over the year, including the Academy’s Summer Showcase in June which we hope will take place live after two years online due to the pandemic.

To complement the role played by the Royal Society in respect of the natural sciences, the British Academy was established by Royal Charter in 1902 to represent "Literary Science". But our founding Fellows actually first met on this day, 17 December 1901, to discuss their formal petition for a Royal Charter. Twelve decades later, we proudly continue to champion what we now call the SHAPE disciplines (Social sciences, Humanities and Arts for People and the Economy).