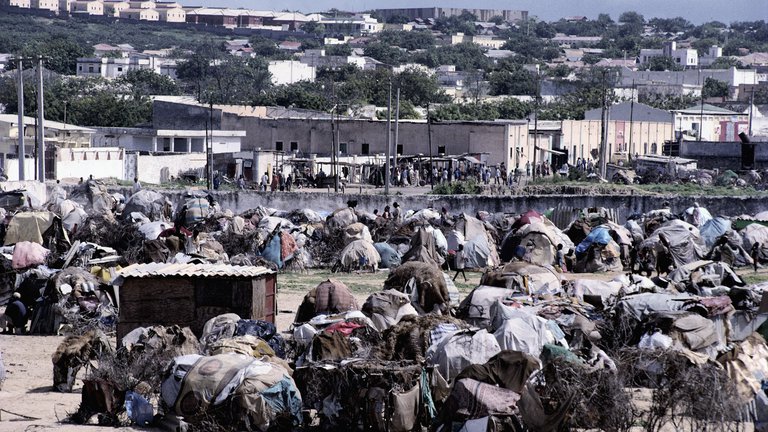 A special issue of the Journal of the British Academy – a multi-disciplinary journal publishing new research in the humanities and social sciences – today presents new, in-depth evidence of the daily realities faced by citizens on the margins of African cities.

The special issue, "Citizenship, Marginality and Urban (In)security in Contemporary Africa" features four separate studies – drawing on fieldwork in Ghana, South Africa, Somalia and the DRC – to illuminate the daily realities of political division, the rapidly growing informal sector and the everyday struggle for political recognition in African cities.

Professor Ibrahim Abdullah, Professor of History at the Fourah Bay College, University of Sierra Leone, and Co-Editor of the special issue, said:

“The forces that have shaped the political economy of 21st century African cities have not secured prosperity for Africa’s growing youth population and the urban poor. Instead, those at the top – locally and globally –continue perpetuating and exploiting urban insecurity.

“The resulting struggle for political recognition for the citizens of Africa’s numerous cities could be set to grow as the climate crisis changes the political landscape. But, contrary to predictions of widespread urban unrest, research in this special issue shows the variety of ways in which citizens of African cities are asserting their citizenship.”

Dr Kieran Mitton, Reader in Conflict, Security and Development in the Department of War Studies at King’s College London, founder of the Urban Violence Research Network and Co-Editor of the special issue, said:

“These new, interdisciplinary studies will be invaluable to scholars and peacebuilding practitioners concerned with how urbanisation affects the everyday security of citizens across Africa. They explore many aspects of urban and economic development that research and literature have so far overlooked and bring into question what citizenship means for those on the margins of the modern developing city.”

“This special issue promotes new understandings of African cities and their potential to drive economic development, while demonstrating that technological and infrastructural progress are insufficient without changes to politics and governance.”