Chinese politics and society in the 20th and 21st centuries; political economy of development, institutions and practices of the state, local governance, and patterns of state-society interaction 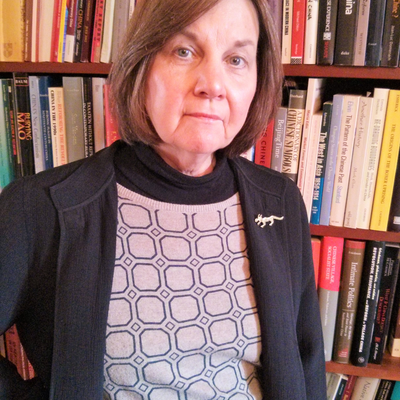 Vivienne Shue is Professor Emeritus of Contemporary China Studies, Fellow of St. Antony's College, and an Associate of the University of Oxford China Centre. As a Marshall Scholar at St. Antony's in the late '60s, she earned the B. Litt. in Politics, later completed the Ph.D. in Government at Harvard and, before returning to Oxford as Director of its Leverhulme Trust supported Contemporary China Studies Programme in 2002, taught courses on Chinese politics and society to undergraduates and graduates at Yale and Cornell for more than twenty-five years. Whilst in the US, she spent one year as a member of the Princeton Institute for Advanced Study, and received research awards from the American Council of Learned Societies, the National Academy of Sciences, National Endowment for the Humanities, and many others. She was among the earliest American social scientists invited to conduct field-based research on local-level governance in China in 1979, returning to that country often to observe structural transformations in rural and urbanizing local state systems under reform. Her current research examines certain distinctively 21st century Chinese governance techniques and practices, including high-tech national development planning, especially the spatial and land-use dimensions of nationwide planning for ecology-management using satellite mapping.

In this talk, Vivienne Shue discusses the formulation, substance and political timing of the 14th Five Year Plan from the Chinese Communist Party.

The Reach of the State: Sketches of the Chinese Body Politic 1988 Stanford University Press

State Power and Social Forces: Domination and Transformation in the Third World (with Migdal and Kohli) 1994