The history of medicine from the ancient Greeks to the 17th century, especially Galen (129-216 C.E.) and the Galenic tradition, including editions and translations of Latin and Greek texts 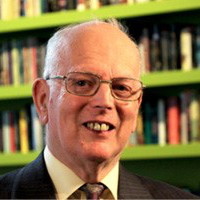 Vivian Nutton is a historian of medicine who has written extensively on from the ancient Greeks to the 17th century, especially Galen (129-216 C.E.) and the Galenic tradition. As well as his large book ion medicine in Classical Antiquity, he has published editions and translations of Latin and Greek texts from Antiquity and the Renaissance. His recent work has centred on the Renaissance anatomist, Andreas Vesalius, and included studies of two major sets of unpublished annotations prepared by Vesalius for revised versions of his most important works. Appointments: UCL 1993- 2009; Professor Classics, University of Warwick 2013-2104 Professor of the History of Medicine, I. M. Sechenov First Moscow State Medical University, 2015-

Emeritus Professor of the History of Medicine, University College London

University College London Senior Lecturer, then Professor of the History of Medicine

University of Cambridge Director of Studies in Classics, and Fellow, Selwyn College

Greek and Latin literature, particularly of the Hellenistic and imperial periods, and the ancient reception and criticism of classical texts

Roman history and Latin literature of the Republic and early Principate, with a special interest in time, religion, and institutions of literary culture

The social & intellectual history of late antiquity, & early Christian (patristic) studies, in the Mediterranean world of the third to the seventh century