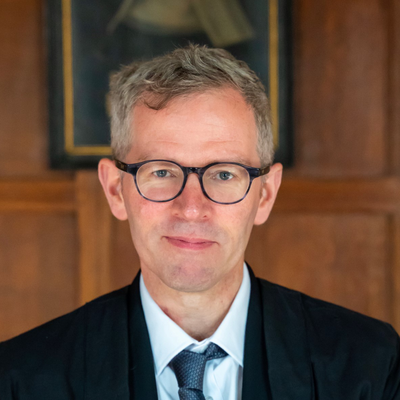 Tim Whitmarsh is the A. G. Leventis Professor of Greek Culture at the University of Cambridge, and a Fellow of St John’s College, Cambridge. A specialist in the literature, culture and religion of ancient Greece, he is the sole author of nine books, including Battling the Gods: Atheism in the Ancient World (Knopf 2015) and Dirty Love: The Genealogy of the Ancient Greek Novel (Oxford University Press 2018). He is editor-in-chief of the Oxford Classical Dictionary (5th edition), and edits book series for Oxford University Press and Cambridge University Press. He was Principal Investigator for a major AHRC project Greek Epic of the Roman Empire: A Cultural History (2014–17), which will (among other things) produce the first complete set of translations of this relatively neglected corpus of Greek poetry. He has written over 80 academic articles, lectured on every inhabited continent, and contributed frequently to newspapers such as The Guardian, the Times Literary Supplement and the London Review of Books, as well as to BBC radio and TV.

University of Cambridge A G Leventis Professor of Greek Culture

The first modern commentary on the liveliest and most daring of the ancient Greek novels.

The Postclassicisms Collective - Published in 2019 by University of Chicago Press

A collaboratively authored book that aims to reset the agenda for the field of Classics.

Dirty Love: The Genealogy of the Ancient Greek Novel

Part of the 'Onassis Series in Hellenic Culture'. This book proposes an alternative cultural history of Greek literature, seeing it in terms not of hermetically sealed continuity but of tactical borrowings between cultures.

Tim Whitmarsh - Published in 2016 by Faber and Faber

A ’trade’ book, 'Battling the Gods' argues that atheism is as old as the hills, even if the ancients did not always mean by ‘atheism’ exactly what we mean today. Shortlisted for the Runciman Award, the PEN Hessell-Tiltman Prize and the London Hellenic Prize.

Beyond the Second Sophistic: Adventures in Greek Postclassicism

Tim Whitmarsh - Published in 2013 by University of California Press

A collection of essays on the Greek literary culture of the Roman Empire, urging readers to look beyond what they think they know about this era and to delve into some of the more ‘obscure’ fields (including poetry, popular literature and Jewish texts). Winner of the Goodwin Order of Merit (Society for Classical Studies), 2014.

Narrative and Identity in the Ancient Greek Novel

A study of the Greek novels as a genre, this book argues that the romance (or novel) was the single most important literary expression of Greek identity in the Roman Empire. The romance form offered a flexible medium for exploring the continuities and ruptures of Greek experience in an unstable era.

Part of New Surveys in the Classics. An introduction to the oratorical culture of the Roman Empire.

Part of the Cultural History of Literature Series. A millennium of Greek literature explored through the lens of cultural history: this book reads literature not just as an expression of cultural values but as a creative space in which hierarchies can be either consolidated or upended.

Greek literature and the Roman empire: The politics of imitation

A new theory of the role of Greek literature in the Roman Empire: this book makes use of modern theoretical approaches to argue that the traditional ‘Greekness’ of literary Greeks was a mirage created by culturally compromised Roman Greeks, rather than any kind of straightforward inheritance.