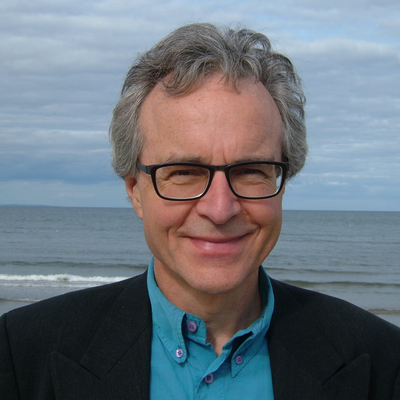 Stephen Halliwell was Professor of Greek at St Andrews from 1995 to 2020 and Wardlaw Professor of Classics from 2014 to 2020. He received his MA and DPhil from the University of Oxford, where his doctoral thesis on Aristophanes was supervised by Sir Kenneth Dover. He has taught at the universities of Birmingham, Cambridge – where he was a Fellow of Corpus Christi College – London and Oxford – where he was a lecturer at Jesus College – and has held six visiting professorships in Belgium (Louvain), Canada (McMaster), Italy (Rome), and the USA (Chicago, Cornell, Riverside). He has given some 200 invited research lectures in 18 countries, including papers in French, German and Italian. He has worked as an assessor for research councils and institutes in ten countries and has served on numerous boards, including those of the Classical Association of Scotland, the Collegium for Advanced Studies (Helsinki), the Council of University Classics Departments, the journal Greece and Rome, the Languages, Literature and History sectional committee of the Royal Society of Edinburgh and the Society for the Promotion of Hellenic Studies. Two of his books have won international prizes – The Aesthetics of Mimesis was awarded the Premio Europeo di Estetica 2008, and Greek Laughter the Criticos Prize 2008. His major edition of Pseudo-Longinus, On the Sublime, was commissioned by the Lorenzo Valla Foundation and published first in Italian (Mondadori, 2021) before appearing in English (Oxford University Press, 2022).

Stephen Halliwell discusses arguably the most influential of all works of literary theory on 'In Our Time' with Lord Melvyn Bragg FBA (Hon) and Professor Angie Hobbs.

Stephen Halliwell writes for the Oxford University Press about the theory that a comedic play by Aristophanes helped bring about the death of Socrates.

Greek Gods and the Archaic Aesthetics of Life

Stephen Halliwell gives a lecture at the Institute for Philosophy and Religion as part of their series 'Beyond Aesthetics: Philosophical and Theological Construals of Art'

Greek Gods and the Archaic Aesthetics of Life

Between Ecstasy and Truth: Interpretations of Greek Poetics from Homer to Longinus

Greek Laughter: a Study of Cultural Psychology from Homer to Early Christianity

The Aesthetics of Mimesis: Ancient Texts and Modern Problems