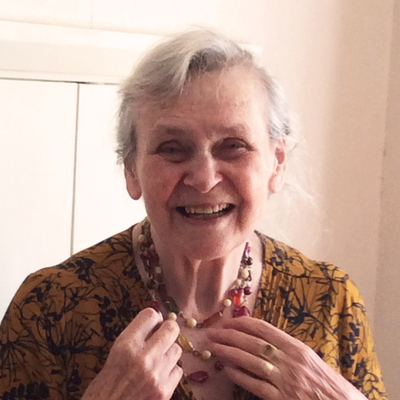 Ruth Finnegan FBA OBE was born in 1933 in the beautiful fraught once-island city of Derry, Northern Ireland, and brought up there, together with several magical years during the war in Donegal. She had her education at the little Ballymore First School in County Donegal, Londonderry High School, Mount (Quaker) School York, then first class honours in Classics (Literae humaniores) and a doctorate in Anthropology at Oxford. This was followed by fieldwork and university teaching in Africa, principally Sierra Leone and Nigeria. She then joined the pioneering Open University as a founding member of the academic staff, where she spent the rest of her career apart from three years – and more fieldwork – at the University of the South Pacific in Fiji, and is now, proudly, an Open University Emeritus Professor. She was elected a Fellow of the British Academy in 1996, and is also an Honorary Fellow of Somerville College Oxford. She has three daughters and five grandchildren and lives in Old Bletchley, southern England, with her husband of over 50 years. There she runs her small publishing business, Callender Press, founded to publish her parents' writing, and in great happiness continues her research and writing, including her dream-led venture into novels and filmscripts -   unexpected but somehow informed by her anthropology. Her series Hearing Others' Voices is published by Balestier Press.

The Hidden Musicians: Music-Making in an English Town

Ruth Finnegan - Published in 1989 by University Press of New England

Ruth Finnegan - Published in 2002 by Routledge

Why do we quote? The culture and history of quotation