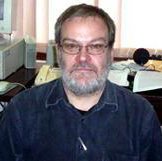 Robin Law was born 7 August 1944. He obtained a BA (in Literae Humaniores) at Oxford, 1967, and a PhD (in History) at Birmingham, 1972. After holding research posts at the University of Lagos, Nigeria (1966-9), and the Centre of West African Studies, University of Birmingham (1970-2), he joined the University of Stirling in 1972, where he became Professor of African History in 1993, and after retirement in 2009, Emeritus Professor. He has also held visiting positions at the University of Ilorin, Nigeria (1978), the African Studies Centre, Leiden University, Netherlands (1993/4), York University, Toronto, Canada (1996/7), and the Hebrew University of Jerusalem, Israel (2000/1), and is currently an Honorary Senior Research Fellow at the University of Liverpool. He was co-editor of the Journal of African History, 1974-92 and 1991-5, and a Series Editor of the Hakluyt Society, 1997-2003; Chair of the Committee of the Fontes Historiae Africanae/Sources of African History, a British Academy research project, 1997-2007; and Chair of the British Academy's Area Panel for Africa, 2005-9. He is also a Fellow of the Royal Society of Edinburgh (elected 2002), and received the Distinguished Africanist award of the African Studies Association of the UK for 2010.

Dahomey and the Ending of the Trans-Atlantic Slave Trade

The Journals and Correspondence of Vice-Consul Louis Fraser, 1851-1852

The horse in West African history