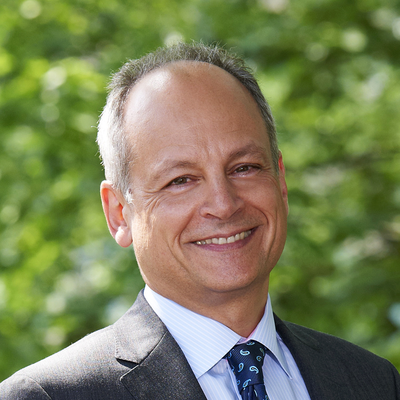 Meric S. Gertler is the 16th President of the University of Toronto. A Professor of Geography and Planning, and the Goldring Chair in Canadian Studies at U of T, he is one of the world's foremost urban theorists and policy practitioners. President Gertler has served as an advisor to local, regional and national governments in Canada, the United States and Europe, as well as to international agencies such as the Organisation for Economic Cooperation and Development (Paris) and the European Union. He has authored or edited seven books, including Manufacturing Culture: The Institutional Geography of Industrial Practice and The Oxford Handbook of Economic Geography (with Gordon Clark and Maryann Feldman). He and has held visiting appointments at Oxford, University College London, UCLA, and the University of Oslo. A graduate of McMaster University (BA), the University of California, Berkeley (MCP) and Harvard University (PhD), he was awarded an honorary doctor of philosophy from Lund University, Sweden in 2012. He is a Fellow of the Royal Society of Canada and the Academy of Social Sciences (UK), and a Corresponding Fellow of the British Academy. He received the Award for Scholarly Distinction in Geography from the Canadian Association of Geographers in 2007, and both the Distinguished Alumni Award from the University of California, Berkeley and the Distinguished Scholarship Honor from the Association of American Geographers (AAG) in 2014. In December 2015, President Gertler was appointed to the Order of Canada.