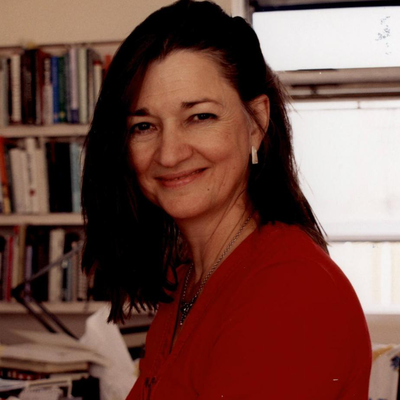 Marina Warner is an award-winning novelist, short story writer, historian and mythographer, who works across genres and cultures exploring myths and stories. Recent work has focused particularly on the magic of fairy tales and the Arabian Nights, including Stranger Magic (2011), and Once Upon a Time (2014). In Fly Away Home: Stories (2015) she draws on mythic predecessors, translating them into contemporary significance. In 2015 she was awarded the prestigious Holberg Prize, and was also Chair of the judging panel for the Man Booker International Book Prize. She is a Quondam Fellow of All Souls, and Professor of English and Creative Writing at Birkbeck College, University of London. In March 2017, Warner was elected as the Royal Society of Literature's 19th – and first female – president, succeeding Colin Thubron in the post. Her Forms of Enchantment: Writings on Art and Artists was published by Thames & Hudson in September 2018. In March 2018 she was made an Honorary Fellow of the Royal Academy.

10-Minute Talks: The power of stories and the practice of rhetoric

Professor Marina Warner FBA argues that in an era of public disinformation, the study of the uses of rhetoric, as deployed in many forms of literature, is urgently needed.

Birkbeck, University of London Professor of English and Creative Writing

Once Upon a Time – A Short History of Fairy Tale

Fantastic Metamorphoses, Other Worlds: Ways of Telling the Self

No Go the Bogeyman: Scaring, Lulling and Making Mock

From the Beast to the Blonde: on Fairytales and their Tellers

Marina Warner - Published in 1994 by Vintage

The Inner Eye: Art Beyond the Visible

Monuments and Maidens: The Allegory of the Female Form

Joan of Arc: The Image of Female Heroism

The Crack in the Tea-Cup: Britain in the 20th Century

Alone of All Her Sex: The Myth and the Cult of the Virgin Mary