The New Testament, in particular the Johannine literature; early Christianity, its literature and thought, in the Graeco-Roman and Jewish first- and second-century contexts 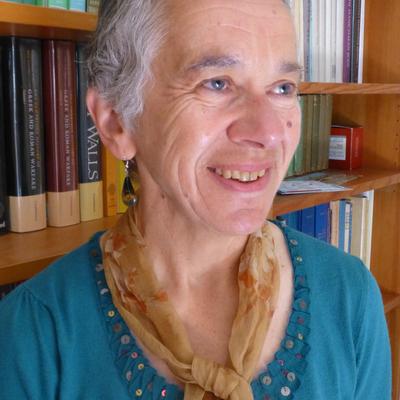 Judith Lieu studied theology at the Universities of Durham and Birmingham, where she undertook a PhD in New Testament on the Second and Third Letters of John. In 2018 she retired as Lady Margaret's Professor of Divinity. Before taking up that Chair at the University of Cambridge (2007), she taught at the Queen's College Birmingham, at King's College London (where she was Professor of New Testament 1999-2007), and at Macquarie University (Sydney). Within the New Testament she specialises in the Johannine Literature, but much of her research and writing has also been focussed on the emergence of early Christianity and its literature in the Jewish and Greco-Roman contexts in the second century CE. She is a Methodist Local Preacher and has filled a number of roles within the Methodist Church. She is a keen walker, in the hills when possible.

The Oxford Handbook of Johannine Studies

Christianity in the Second Century: Themes and Developments

Marcion and the Making of a Heretic

Judith Lieu - Published in 2015 by Bloomsbury

The Oxford Handbook of Biblical Studies

Christian Identity in the Jewish and Greco-Roman World