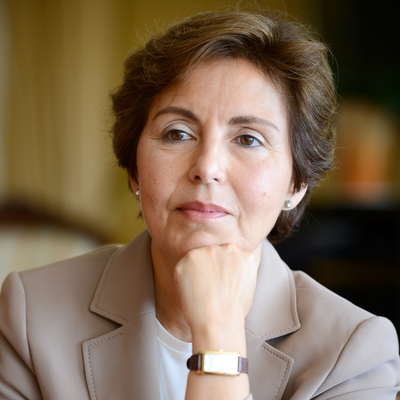 Gülru Necipoğlu has been the Aga Khan Professor and Director of the Aga Khan Program for Islamic Architecture since 1993 at Harvard University’s History of Art and Architecture Department, where she earned her PhD in 1986 and started teaching as an Assistant Professor. She specialises in the arts and architecture of the pre-modern Islamic lands, with a focus on the Mediterranean. She is interested in questions of aesthetic cosmopolitanism, transregional connectivity between early modern Islamicate empires (Ottoman Turkey, Safavid Iran, Mughal India), and cross-cultural artistic exchanges with Byzantium and Renaissance Europe. Her studies have also addressed architectural practices from Timurid-Turkmen to early modern empires (15th-17th centuries), with a focus on plans and drawings, the aesthetics of abstract ornament, and geometric design. Her critical interests encompass methodological and historiographical issues in modern constructions of the field of Islamic art.

Professor Necipoğlu is the editor of the journal Muqarnas: An Annual on the Visual Cultures of the Islamic World (Brill, vols. 10-37) and Supplements to Muqarnas (vols. 9-14). She recently edited the following volumes: Treasures of Knowledge: An Inventory of the Ottoman Palace Library (1502/3-1503/4) (Brill, 2 vols., 2019, co-editors Cemal Kafadar and Cornell H. Fleischer); The Arts of Ornamental Geometry: A Persian Compendium on Similar and Complementary Interlocking Figures (Brill, 2017: winner of the 26th World Award for Book of the Year, awarded by the Iran Ministry of Culture and Book Award Secretariat); A Companion to Islamic Art and Architecture, in the Wiley-Blackwell Companions to Art History (co-editor F. Barry Flood, 2017); and Histories of Ornament: From Global to Local (Princeton, co-editor Alina Payne, 2016).

Professor Necipoğlu is an elected member of the American Philosophical Society, the American Academy of Arts and Sciences, and the Centro Internazionale di Studi di Archittettura Andrea Palladio in Vicenza, Italy. She was appointed Slade Professor of Fine Art in the University of Cambridge, with an affiliation at Pembroke College in 2013 and Guest Faculty Scholar at the Kunsthistorisches Institut of Florence in 2014.

The Arts of Ornamental Geometry

Winner of the 26th World Award for Book of the Year of Islamic Republic of Iran, Iran Ministry of Culture, Deputy of Cultural Affairs, and Book Award Secretariat in 2019

The Age of Sinan: Architectural Culture in the Ottoman Empire

The Topkapı Scroll: Geometry and Ornament in Islamic Architecture