The social & intellectual history of late antiquity, & early Christian (patristic) studies, in the Mediterranean world of the third to the seventh century 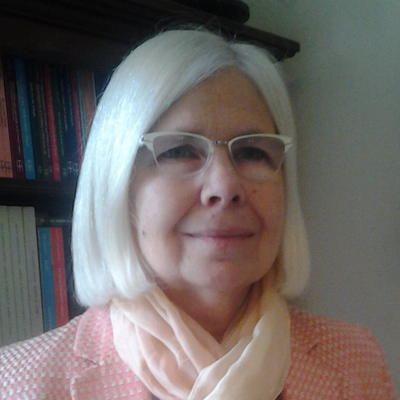 Gillian Clark is Professor Emerita (since 2010) of Ancient History, University of Bristol. She is an alumna of Somerville College, Oxford, where she read 'Greats' (Greek and Latin language and literature, ancient history, and philosophy). Her MA and D.Phil. are also from Oxford. She taught for the universities of Glasgow, St Andrews, and Manchester before her appointment to Liverpool and then to Bristol. Her research field is known to classicists as late antiquity and to theologians as early Christian studies or as patristics. She works on social and intellectual history, with a special interest in the lives of women. Her continuing project is a commentary on Augustine, City of God. She co-edits, with Andrew Louth FBA, the monogtaph series Oxford Early Christian Texts / Studies (OUP), and she is a General Editor of the series Translated Texts for Historians 300-800 (Liverpool University Press), which provides scholarly annotated translations from the languages of the Roman empire and its neighbours and successors.

Body and Gender, Soul and Reason in Late Antiquity

Gillian Clark - Published in 2011 by Routledge

Porphyry: On Abstinence from Killing Animals

Women in the Ancient World

Iamblichus: On the Pythagorean Life