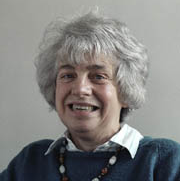 Dorothy J. Thompson, a Fellow of Girton College and Bye-Fellow of Clare College, Cambridge, is an ancient historian with a particular interest in Hellenistic Egypt. In her research and writing she employs the evidence of papyri to look at social and economic questions; she is further concerned with relations between the different ethnic groups of Ptolemaic and Roman Egypt.

Most of Thompson's teaching career has been in Cambridge, including Isaac Newton Lectureship in the Faculty of Classics (1992-2005), with a visiting professorship at Princeton University (1996). She has been a Member of the Institute of Advanced Study at Princeton (1982-1983), Fellow of the National Humanities Center, North Carolina (1993-1994), held a Major Research Fellowship from the Leverhulme Trust (2002-2004) and has lectured widely in the UK and the US. Her Honorary DLitt (Liverpool) dates from 2013.

The Ptolemies, the Sea and the Nile: Studies in Waterborne Power

Memphis under the Ptolemies

Kerkeosiris: an Egyptian village in the Ptolemaic period

Counting the people in Hellenistic Eqypt

‘The Ptolemies and Egypt’ in Blackwell Companion to the Hellenistic World

Dorothy Thompson - Published in 2003 by Wiley-Blackwell