Latin, Greek and Indo-European languages and their descriptive, historical and social linguistics; ancient special and technical varieties, especially as reflected in the translation and transmission of ancient medical texts 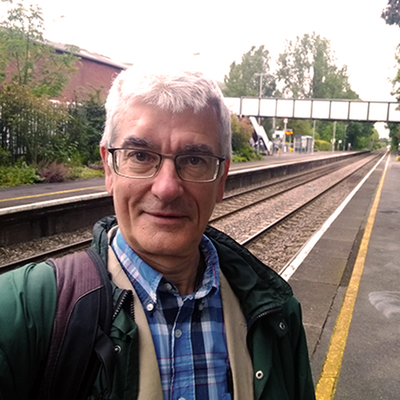 David Langslow was trained in classics, ancient history, and Indo-European comparative philology and linguistics. He started research on word-formation in the broadest sense, examining the possible and the preferred linguistic means of extending vocabulary, first in Greek, and then, and especially, in Latin. On the assumption that an expansion of knowledge entails the development of new vocabulary, he began working on technical language, in particular on medical vocabulary in Latin down to the end of the Roman Empire in the West. The language of medical literature obliged him to supplement grammatical description and reconstruction with literary and social history and socio-linguistics, and to broaden his linguistic interests to include syntax, word-order and other matters of style. He sees these various aspects as inseparably intertwined, and has developed the general view that technical languages are, contrary to an influential claim made in the 1980s, more than mere sets of technical terms. Several of his studies, prompted in the first instance by features of medical texts, are applicable to other genres and other languages, and shed light on more general linguistic questions (including word-order; the use of discourse particles; the linguistic ‘finger-printing’ of texts of unknown provenance; and the use and avoidance of technical vocabulary, both literal and metaphorical, in non-technical texts). Langslow’s early work on word-formation led him, on the one hand, to the comparative and historical interests reflected in his edition of Wackernagel’s Lectures on Syntax, and, on the other, through technical and medical language, to textual and stylistic considerations and the business of preparing a first critical edition of a canonical medical text. A passionate teacher and advocate for access to Latin and Greek in state schools, he has been since 2002 one of the directors of the JACT Greek Summer School (est. 1967), and he is founding Project Chair of Manchester Classics for All (est. 2015), which is already bringing classics to hundreds of state school students in the Manchester area.

University of Manchester Professor of Classics

University of Oxford Lecturer in Latin Philology and Linguistics

In Inscriptions and their Uses in Greek and Latin Literature, 167-95

Lectures on Syntax: with special reference to Greek, Latin, and Germanic

Translated and edited with introduction, notes and bibliography by D.L.

The Latin Alexander Trallianus: the text and transmission of a Late Latin medical book

David Langslow FBA - Published in 2006 by The Roman Society Publications

Prolegomena to a first critical edition, in three volumes, in preparation

Medical Latin in the Roman Empire