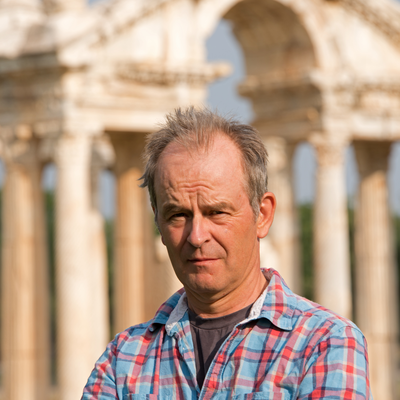 Roland Smith is from Edinburgh and studied Classics and then Classical Archaeology at Oxford University. He was a Fellow by Examination in Ancient History at Magdalen College, Oxford (1981-1986), a Harkness Fellow at Princeton University (1983-85), and an Alexander von Humbolt Fellow at the Institut fÃ¼r Klassische ArchÃ¤ologie in Munich (1991-2). He taught at the Institute of Fine Arts, New York University from 1986-95. In 1995 he took up his present position as Lincoln Professor of Classical Archaeology and Art at Oxford University. He is also the Curator of the Cast Gallery of the Ashmolean Museum and (since 1991) Director of the New York University Excavations at Aphrodisias in Turkey Smith's main research interests are in the art and visual cultures of the ancient Mediterranean world, with a strong focus in the Hellenistic and Roman periods. His work is mainly directed at the historical interpretation of ancient visual representation and its relationship with contemporary social and political culture. In connection with his work at Aphrodisias he also has a particular interest in the art and archaeology of the Greek cities of the Eastern Roman Empire.

Lincoln Professor of Classical Archaeology and Art, University of Oxford

The Last Statues of Antiquity 2016

Historical and Religious Memory in the Ancient World 2012