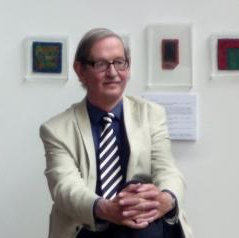 Anthony McElrea SNODGRASS, born London 7/7/34, won a scholarship to Worcester College, Oxford in 1952, but first did National Service with the RAF in Iraq 1953-55. First Class in Mods 1957, Greats 1959, embarked on a DPhil on pre-Classical Greek arms (awarded 1963), but was meanwhile appointed Lecturer in Classical Archaeology at the University of Edinburgh in 1961, later promoted Reader (1968) and Professor (1975). Elected Laurence Professor of Classical Archaeology at Cambridge 1976; Fellow of Clare College; retired 2001; Senior Fellow, McDnald Institute for Archaeological research. Took part in excavations at Knossos (Crete) and Motya (Sicily) in the 1960s and the Menelaion (Laconia, Greece) in the 1970s before initiating, in 1979, together with J.L. Bintliff (then Lecturer at the University of Bradford, later Professor at the University of Leiden NL) an intensive surface survey project in Boeotia (Central Greece) which they have jointly directed since then. His research has remained centred on the pre-Classical centuries of ancient Greece, between around 1100 and 500 BC. He was elected to the British Academy in 1979 and later served as Vice-President (1990-92). As a mountaineer, he has climbed many Alpine peaks, as well as all the 280 Scottish Munros.

Testing the Hinterland: the work of the Boeotia Survey in the southern approaches of the city of Thespiai 2007 (McDonald Institute, Cambridge)

Archaic Greece: the age of experiment 1980

An archaeology of Greece: the present state and the future scope of a discipline 1987