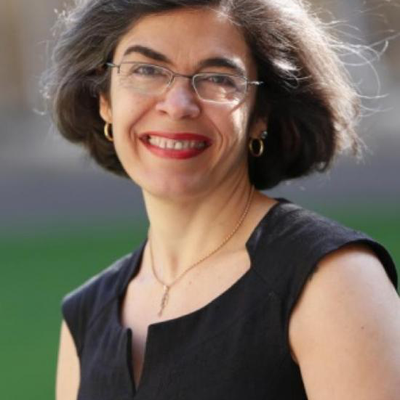 Kia Nobre is a cognitive neuroscientist interested in understanding the principles of the neural systems that support cognitive functions in the human brain. Kia grew up in Rio de Janeiro, Brazil, and then completed her University education in the United States, where she obtained her PhD from Yale University. She moved to Oxford in 1994 as a Junior Research Fellow at New College, and set up the Brain & Cognition Lab. In 1996, she became University Lecturer in Experimental Psychology, where she subsequently became Reader and Professor. In 2014, Kia became the first holder of the Chair in Translational Cognitive Neuroscience at Oxford, held jointly between the Departments of Experimental Psychology and Psychiatry, and associated with St Catherine's College. Kia is currently Head of the Department of Experimental Psychology at Oxford and directs the Oxford Centre for Human Brain Activity. Her current research is aimed at understanding how cognition is proactively, dynamically, and continuously modulated according to memories, expectations, task goals, motivations, and emotions. She is also interested in understanding how these fine and large-scale regulatory mechanisms develop, and how they are disrupted in disorders of mental health.

University of Oxford Head of Department, Department of Experimental Psychology

Where and when to pay attention: the neural systems for directing attention to spatial locations and to time intervals as revealed by both PET and fMRI J Neurosci 18(18):7426-35 (1998)