When the party's over: the politics of fiscal squeeze in perspective 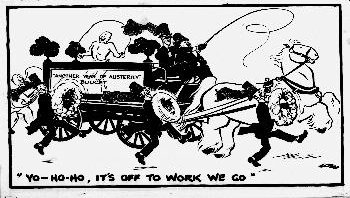 In today’s era of fiscal austerity, fiscal consolidation and spending cutbacks dominate the politics of many of the world’s democracies. Street protests, rule by ‘econocrats’ and draconian policy shifts dictated by – or blamed on – international creditors have become commonplace. Old political alignments are being tested and new battles are emerging over whose expectations are to be disappointed and who should be blamed for fiscal squeeze.

2014 publication arising from this conference

Proceedings of the British Academy, 197

When the Party’s Over: The Politics of Fiscal Squeeze in Perspective

When the Party’s Over: The Politics of Fiscal Squeeze in Perspective

Proceedings of the British Academy, 197