Towards a History of Compromise: Comparing Political Unions in the British-Irish Isles and Poland-Lithuania 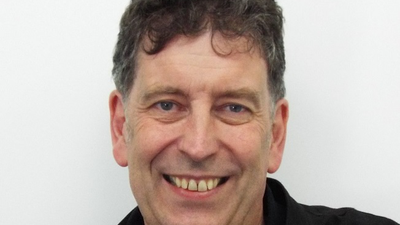 Robert Frost holds the Burnett Fletcher Chair of History at the University of Aberdeen. He grew up in Edinburgh, and studied Modern History at the University of St Andrews, where he was taught eighteenth- and nineteenth-century British and Irish history by Norman Gash, and developed an interest in Polish history. He studied for a diploma in Polish Language and Culture at the Jagiellonian University, Cracow in 1980–1981 and wrote his doctorate, supervised by Norman Davies, at the School of Slavonic & East European Studies, University of London. A revised version was published by Cambridge University Press in 1993 as After the Deluge. Poland-Lithuania and the Second Northern War, 1655–1660. He taught at King’s College London from 1987, and his second book, The Northern Wars: War, State & Society in Northeastern Europe, 1558-1721 was published by Longmans in 2000. He moved to Aberdeen in 2004, and is currently writing a three-volume history of the Polish-Lithuanian Union for Oxford University Press. Volume One, The Making of the Polish-Lithuanian Union, 1385–1569 (2015) won the Pro Historia Polonorum Prize for the best foreign-language book on Polish history published between 2012 and 2017. Volume Two, The Making of the Polish-Lithuanian Republic, 1569–1648 is nearing completion. Volume Three will be entitled The Downfall of the Polish-Lithuanian Republic, 1648–1815. His short book entitled Identity Unknown? The Polish Portrait of Bonnie Prince Charlie, will be published by Palgrave in its Pivots series in the summer of 2022.

Free, booking required
This event will take place online, hosted by QUB. A recording of this event will be added to our YouTube channel after the event has taken place. If you have any questions about this event, please email [email protected]