In 'Picturing Paradise,' episode 3 of Civilisations, Professor Sir Simon Schama FBA calls on a small number of Chinese images to do a lot of heavy lifting, as three scrolls have to represent about four hundred years of artistic activity (while, later on, the show uses eight paintings to tell the tale of the Dutch Republic's 50 years).

Although Kenneth Clarke's original Civilisation series left China out of the account altogether, he did drop an erudite-but-relaxed reference to ‘Sung landscape painting’ into his 1949 volume Landscape into Art, much in the same way as Ernst Gombrich included the odd Chinese painting, both in his equally singular The Story of Art (1950) and The Art of Illusion (1960). So Chinese landscape painting is one of those things that a BBC2 audience can be expected to know of, even if in my experience they tend to assert that they ‘know nothing about Chinese art’.

It’s getting a bit clearer what the new series of Civilisations is and what it isn’t. It certainly isn’t a chronology, as here we start in Cultural Revolution China, go back to China in the 10th century and end up with Ansel Adams’ photographs of the American Sublime blasted into space with the Voyager probe. Instead, we are clearly dealing with those themes (last week it was ‘the body’) which can somehow be presented as part of the human condition. The theme this time is ‘landscape’, or rather 'landscape painting'. So it was always going to be a safe bet that, along with the Terracotta Army, this would be one of the points where China stepped out of the ranks of ‘civilisations’ and did its thing for a bit. Here it does a rather familiar thing; do it first but then somehow get left behind…

All three of the featured Chinese works are well worth the attention: ‘A Solitary Temple Amid Clearing Peaks’, attributed to Li Cheng (919-967); ‘Illustration to the Second Prose Poem on the Red Cliff’, possibly by Qiao Zhongchang (exact dates unknown, he was probably active late 11th – early 12th century); and ‘Dwelling in the Qingbian Mountains’, dated 1366 by Wang Meng (c.1308-1385). Yet I doubt if a book would choose the first two to stand on their own for the landscape painting of the Northern Song Period (960-1279). There are more traditionally canonical (and larger!) examples, but they tend to be in museums in Taipei or Beijing, to be shown only on the rarest and most significant of occasions, and to be inaccessible in the silk even to senior professionals and the most prestigious camera teams. The Li Cheng and Qiao Zhongchang works, by contrast, are in one of the great non-Chinese collections of Chinese painting, the much more accessible Nelson-Atkins Museum in Kansas City, Missouri. As André Malraux (1901-1976) once said, art history is – still – ‘the history of that which can be photographed’. So, as with exhibitions, Civilisations is careful to keep its logistics away from the viewer, the presentation is ‘as if’ it was all there to talk about (as on the Web, say), as if the only limits on ekphrasis were the speaker’s imagination.

The Wang Meng work discussed is in the Shanghai Museum, and is indeed one of the most admired Yuan dynasty (1279-1368) paintings of them all; it features so much in the literature, and can be presented on television now, because it was the object of a brilliant 1982 article by Richard Vinograd, who explored for the first time the painting’s dense historical context of the civil wars at the end of the Yuan, which sent Wang into hiding on his family property. Incidentally, Wang Meng must be the only Chinese painter to be the subject of a novel in English, John Spurling’s The Ten Thousand Things, which won the 2015 Walter Scott Prize for Historical Fiction.

The take-home message from this episode is that ‘Civil wars…are the nurseries of great landscape painting.’ Which is a clever formulation, but one that cuts out the types of landscape painting which flourished at periods of relative peace and prosperity, in 18th-century China as much as 18th-century England, not to mention late 19th-century France. The Nelson-Atkins Museum acquired ‘Solitary Temple’ in 1947 from an Italian art historian and collector – a reminder that civil wars, currency collapses, human misery, (which China was then in the midst of) are also on many occasions the nurseries of great collections.

Professor Craig Clunas is a Fellow of the British Academy and Statutory Professor of the History of Art at Trinity College, Oxford. He has published extensively on the art history and culture of China.  Much of his work concentrates on the Ming period (1368-1644), with additional teaching and research interests in the art of 20th century and contemporary China. He has worked as a curator at the Victoria and Albert Museum, and taught art history at the University of Sussex and the School of Oriental and African Studies, University of London. 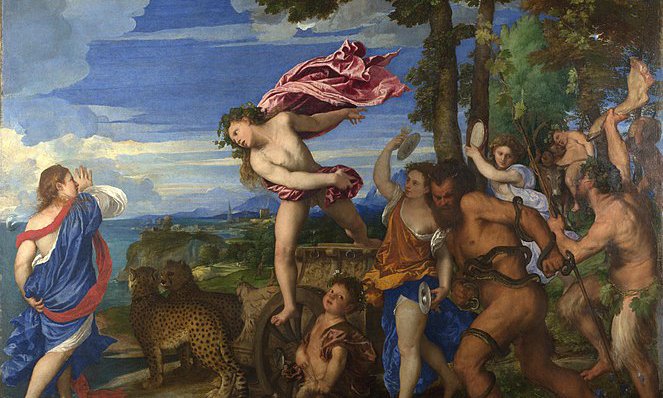