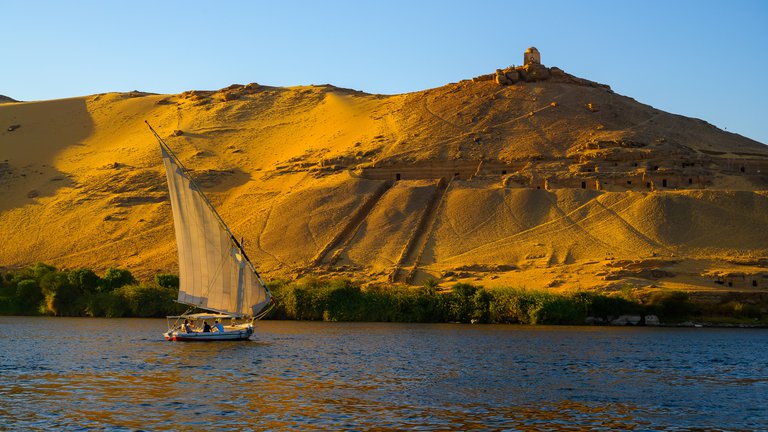 Egyptology is not a single discipline, but a branch of 'Area Studies'. Egyptologists study all the aspects of ancient Egypt that they can, across periods from about 7,000 BC to the early middle ages. They work from many perspectives, using approaches and methods ranging all the way from literary theory in the humanities to hard sciences in the physics of radiocarbon dating. They are active as academics, researchers and museum curators, and they communicate their work as widely as they can. No two Egyptologists have the same interests and focuses.

Knowledge of ancient Egyptian language and texts was lost from around 400 AD until the decipherment of the hieroglyphic script, which was announced by Jean-François Champollion at a meeting of the Académie des Inscriptions in Paris on 27 September 1822. The interruption in tradition between antiquity and today brings Egyptology closest to archaeology as a field of enquiry, but the vast bodies of Egyptian texts that have been found must be studied with other methods. Archaeology, research on texts and study both of monuments in Egypt and of collections around the world constantly open up new possibilities of understanding.

In the late fourth millennium BC, the contemporaneous civilisations of Egypt and Mesopotamia were the world’s first state-level societies. Throughout most of the next three millennia Egypt was a single polity, whereas Mesopotamia was generally a group of city-states. Similarities and differences between the two areas bring out distinctive features of each. Egyptian architecture and visual forms are uniquely rich, while Mesopotamian texts on clay tablets offer unmatchable materials for studying economy, institutions and ancient intellectual life. Comparative study, not just of these two regions but of early civilisations across the world, has blossomed in recent years and offers great promise for the future. Ancient Egyptian society, like that of most early civilisations, was extremely unequal. Whether we like it or not, inequality stimulated creativity.

Because their subject is a complete society, Egyptologists are able to bring together areas of study that tend to be treated apart in many fields. One example is the relationship between image and word. From the period of state formation onward, the high-cultural images created for and by elites are dazzling in their richness and complexity. Elite groups developed styles of monuments and of commemoration that we struggle to understand. Their achievements included the invention and elaboration of one of the earliest writing systems. That system’s display form of hieroglyphs was integrated more perfectly with pictorial images than almost any other, in compositions that range from the self-explanatory to the very cryptic. Egyptian mixed images provide inspiration to the authors of comic strips, some of whom have written with great insight about Egyptian forms.

Earlier generations of scholars tended to view Egyptian texts or works of art as being simple in nature. We now see them as extremely sophisticated. Literary compositions exploit ambiguities of genre and interplay between the oral and the written. The Shipwrecked Sailor, a short tale that is told to the unsuccessful leader of a returning expedition abroad, evokes an entire cosmology; yet the whole is undercut in its final sentence, in which the leader dismisses the consolation it might offer with a proverbial saying. In another perspective Egyptians of all periods from the earliest onward were highly conscious of the past, mobilising its implications for the present in a great variety of ways.

Despite connections between Egypt, Western Asia and the Mediterranean that had existed for thousands of years, the ancient Greeks, and in particular the Romans, saw Egyptian culture as archetypally exotic, even though they respected it as having an ancestral status. Something of that ambivalent vision lives on in today’s world, where the fascination of pyramids and mummies – structures and practices that are also known from many other cultures – and of highly characteristic visual forms exert a pervasive attraction and influence. From study of the ancient society to issues of modern reception, Egyptology offers a distinctive contribution across many fields in the humanities and social sciences.

John Baines is Professor of Egyptology emeritus at the University of Oxford, and currently Guest Professor in Ancient Studies at Ludwig-Maximilians University Munich. He is a member of the American Philosophical Society and was elected a Fellow of the British Academy in 2011. His most recent books are High Culture and Experience in Ancient Egypt (2013) and the co-edited volume Historical Consciousness and the Use of the Past in the Ancient World (2019).