What is cultural studies? 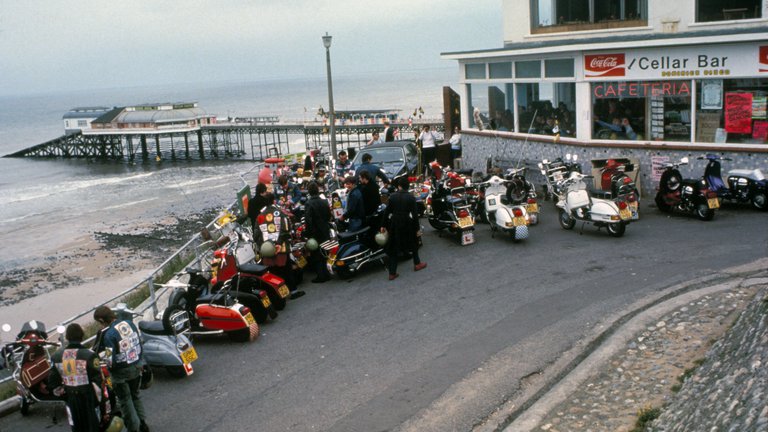 Cultural studies is a relatively new interdisciplinary field of study, which came into being in the UK in the post-war years. It emerged out of a perceived necessity on the part of two of its founding figures, Raymond Williams and Richard Hoggart. It came to fruition, however, in circumstances that, as its third founding figure Stuart Hall often acknowledged, contested its legitimacy.

Why did it seem necessary to give an academic label to the kind of research Williams, Hoggart and then Hall were engaged in? Each of these thinkers knew there was a minor tradition of studying culture ‘from below’; that is, the cultural practices and rituals of everyday life associated with ordinary people, or with groups and populations who did not belong to the powerful social classes or to the political elites. All three figures were trained in English Literature. Williams looked to writers like D H Lawrence and Thomas Hardy, whose work drew on experiences of poor mining or farming communities as they were undergoing transitions and displacement brought about by urban modernity. Richard Hoggart grew up in a working-class neighbourhood in Leeds and went on to become a ‘scholarship boy’. He produced what quickly came to be seen as a classic work, puzzlingly titled The Uses of Literacy, which was based partly on his personal memory of the habits, rituals and everyday lives of the people who lived in his own neighbourhood from the interwar period through to the post-war years. He documented how women cleaned their front doorsteps and gossiped over the fences as they hung out the washing. The popular women’s magazines they read, often with lurid covers, brought some glamour and excitement amidst the hardship. These lives did not appear in official histories and Hoggart aimed to show their richness and solidarity. Stuart Hall came from Jamaica in 1951 as a Rhodes Scholar to Oxford. His intellectual formation took place in the heightened atmosphere of the CND movement, the ‘New Left’ and the anti-colonialist struggles of the 1960s.

At Birmingham University, where Hall went on to become the Director of the Centre for Contemporary Cultural Studies, he continued the tradition set by Hoggart and Williams in permitting the study of the everyday lives of the popular classes. This now extended to include black and ethnic minority people, youth and youth subcultures and working-class women who enjoyed watching ‘soap operas’ on TV. Hall and the postgraduate students (myself included) who worked under his guidance drew on the recently translated French theory and Italian Marxism to develop a range of methodologies for the study of a wide range of popular forms, from the spectacular styles of the punks to the vernacular codes of the tabloid press. I published my first work in the format of a yellow-covered ‘CCCS Stencilled Paper’, ie run off in a Gestetner machine in a small room adjoining the main office. It was titled Jackie Magazine: An Ideology of Adolescent Femininity. But such an adventurous course of action, which reached a high point through the 1970s and into the early ‘80s, did bring disapprobation from peers in other faculties. Hall enjoyed recalling how he received notes from the English department and from Sociology shunning this inter-disciplinary activity.

Hall’s genial style of academic dialogue, his openness to such a wide range of hitherto illegitimate topics for serious study and his own wide-ranging interest in dissecting how power operates through the pores of everyday life, galvanised the energy of those who came to undertake research at the ‘Birmingham School’. There was a freedom to work on quite nebulous areas, but this proved refreshing. It led to Richard Dyer developing the first works in what would become stars and celebrity studies. Dick Hebdige wrote his famous work on youth subcultures under Hall’s guidance and Charlotte Brunsdon and David Morley undertook pioneering research on audiences for ‘domestic television’.

Paul Gilroy authored, in turn, what has become a major work in race and ethnicity studies titled There Ain’t No Black In the Union Jack. What all of this research shares in common is the effort invested in bringing to the world of serious scholarship the areas of common life that had previously been considered as belonging to low not high culture and thus deemed as not carrying the moral weight of the canon. But more than this, creating grids of understanding for such otherwise marginalised voices and dismissed activities was in itself a radical project. As many of these texts were taken up in the academic curriculum, particularly in the Open University where Stuart Hall took up a Chair in Sociology in 1981, so also did they play a role in providing a counter-narrative for working class, female, black and disadvantaged people as they entered higher education.

I was by no means alone in my attempts to dissect the pain and the ambivalent pleasures of what is nowadays called ‘normative femininity’. Scholars in the US and elsewhere in the UK from the mid-1970s began to contest the way in which the feminine was so often associated with the trivial. When I graduated from my first degree in English Literature and Sociology in 1974, few literature departments would have considered a thesis on the subject of girls’ magazines as legitimate. And in sociology the topic of young women and their leisure activities could only be filed, absurdly, under the idea of ‘deviance’. But in Birmingham, it made complete sense as a subject for investigation. Even though cultural studies eventually found a respectable space within the arts, humanities and social sciences, its repertoire still draws a sometimes stifled or perhaps nervous giggle or smirk on the part of elders. Indeed, I myself am now an elder and it continues to happen to me. The fashion industry and precarious work in the creative economy? The poverty-shaming of women in the tabloid press and in reality TV? The ethos of perfectibility promulgated to young women by the magazine and social media industries? The validity of cultural studies is not something that we can take for granted even now. But perhaps this constant questioning of the grounds of validity continues to tell us a story about the place and value of culture in society.

Angela McRobbie is Professor of Communications at Goldsmiths, University of London. Her most recent book is Feminism and the Politics of Resilience (Polity 2020). She was elected a Fellow of the British Academy in 2017.