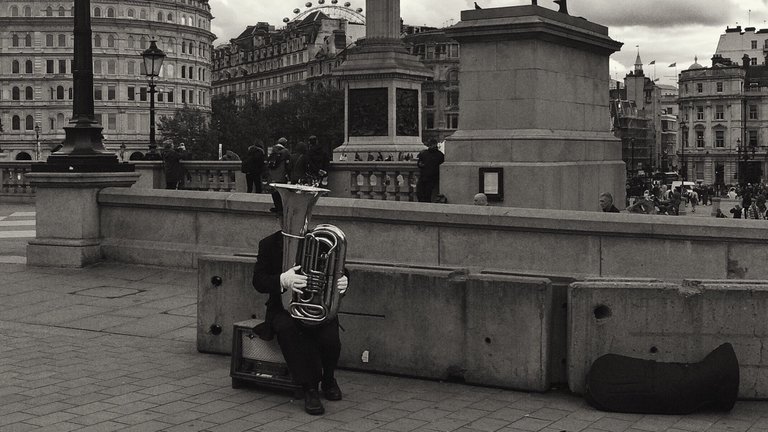 “So what’s your department?”

“Oh, and what instrument do you play?”

“Well, I play the violin but my job involves historical research.”

Cue bafflement, until I explain.

To describe what musicology is, I often start by adapting a comment from Terence Cave: that music is “good to think with”. For thinking with music is, basically, what musicologists do – in many different ways. Want to know how performers’ gestures help convey their interpretations? There are musicologists for that. How medieval monks taught plainsong to their neighbours? Ditto. And why musical meaning in Stalin’s Russia is now so difficult to decode? The same.

As an academic subject, musicology is both very old and very new. Old because as a kind of applied mathematics, ‘music’ was already studied in classical antiquity, to be reborn in the monasteries and universities of the middle ages; new because, in Britain at least, it was late to the party, remaining a poor relation to ‘proper’ university subjects until well into the 19th century. The musician’s apprenticeship as a composer had to be elevated by intellectual activity (history, biography) before academic music gained itself a place above the salt. Since then, musicology has expanded in all directions, sometimes splintering into a mere suffix (ethnomusicology, ecomusicology), and connecting with other disciplines more often than not.

One of the reasons music is good to think with is that this soundtrack to people’s lives tells us a lot about who we (and they) are, about values and traditions. We create music, it surrounds us and we carry it around on our phones; but for social as well as musical reasons, we are also selective. We choose our preferred styles or accept those recommended by others and from our early years, we use them to define ourselves. Musicologists ask how and why. Some of the answers will help explain how the music was chosen for the last internet advert you watched, or why your shoulders relax when you enter one restaurant but tense up in another.

Thinking musically also involves the creative detective work of making new editions, occasionally reconstructing pieces that composers never got round to finishing and (for scholar-performers) bringing their research to life on stage and in the recording studio. This latter is musicology as practice. There is an empirical ‘backstage’ too: psychologists of music and specialists in music education work with professionals, amateurs and children to analyse how musical communication works and how it can be channelled to enhance empathy, reduce anxiety and promote social cohesion.

Then there are the historians, for whom understanding the value of music – its repertoire, rituals, travels, personalities and cycles of revival – provides a window onto the development of culture more generally. Some are keen to try to get under a composer or performer’s skin, to understand the thought-processes behind the music. Others focus on getting under the skin of historical audiences, to ask what and whom they hissed off the stage or fought over and what the answers to either question tell us about changing attitudes. Analysts, meanwhile, are musicology’s theorists, pulling musical scores apart to see how they work – whether the composer knew it or not.

These activities cross between the sciences, social sciences, arts and humanities, which is why you will find people doing musicology in departments of anthropology, philosophy and modern languages (and elsewhere). As a discipline, it is diasporic. Individually, musicologists each have their intellectual centre of gravity, but the collective endeavour makes musicology a protean and wide-ranging field of study. There are fingers in every pie. Music really is good to think with.

Katharine Ellis is 1684 Professor of Music at the University of Cambridge. She works on the cultural history of music in France in the 19th and early 20th centuries. She was elected a Fellow of the British Academy in 2013.