Three questions you should be asking about data-driven political campaigning

Political campaigning is a vibrant feature of contemporary democracies. While it is a widely agreed principle that political parties should reach out and connect with voters, the increasing use of targeted political advertising and data-driven campaigning has given rise to new concerns and caused many aspects of the current practice to be called into doubt. There is a growing consensus for the need for a response. This has been voiced in reports by The Electoral Commission, Full Fact, The Constitution Society, the Department for Culture Media and Sport Select Committee and others, yet there remain important questions to be asked about what precisely is going on.

These questions provided the backdrop to an event, convened by Dr Kate Dommett and held at the British Academy on ‘The Rise of Digital Campaigning: Challenges, Implications and Response’. Academics, stakeholders from industry, politics and civil society were brought together to consider the following three broad questions.

The Cambridge Analytica scandal seems to have put data concerns front and centre in many minds, but little is actually known about what exactly is being done with digital in political campaigns. The Electoral Commission reported that campaigners spent 42.8% of their total advertising spend on digital at the 2017 election. This has led to claims that digital, and particularly social media – was an important influence on election outcomes, but we have limited understanding of how digital was used.

At present, there is no publicly available data on what parties’ money was spent on, what the content was, or who digital campaigning was targeted at. Perhaps more significantly, there is also no research on whether digital advertising is effective. While it has become a common refrain that digital campaigning won the 2017 general election, there is virtually no evidence that this was the case.

2. How can digital political campaigning be regulated?

The Electoral Commission and Information Commissioner have both issued reports about recent digital campaigning trends. They raise important concerns about whether political parties and other campaigning organisations and companies are complying with electoral and data protection law. Recommendations for greater transparency in political campaigning reflect a growing consensus that the regulation of online campaigning needs to change.

However, at present it is unclear whether proposed changes go far enough. The principles of electoral regulation that established institutions uphold were developed in a different political context, in which it was easier to monitor what was being done and when rules were being broken. The lack of understanding surrounding digital campaigning can have important knock-on effects for regulation. It is sometimes simply not possible for regulators such as the Electoral Commission to oversee important aspects of this activity, even if their remit was expanded.

So, who should be responsible for regulation? And what role should digital service providers themselves play? With Facebook and Twitter already making moves to increase the transparency of political advertising, and charities such as Full Fact offering tools to verify information, who is best placed to perform a regulatory and oversight role? Considering the fast-paced rate of change in digital technology practices, we ask whether traditional state regulators are equipped to take on a greater digital regulatory role, whether they need more resources, or whether other bodies should also shoulder the burden.

3. What does targeted messaging mean for democracy?

Digital is not the only aspect of campaigning, and much continues to happen offline, but digital practices may violate important democratic norms. The move to targeted messaging, and the inability for all citizens to see and adjudicate between information in a targeted online campaigning environment raises questions about the kind of democracy that we want to see.

Although digital campaigning tools may help parties to win elections, they also have significant side effects for the way democracy occurs. If societies value equality of information, open debate and transparency, these trends should be of concern. But if the emphasis is instead on engaging voters on the issues and ideas that matter to them (targeted campaigning at its most basic), new practices may be of less concern. So what kind of democratic engagement do we value, and how can this be most effectively upheld?

In thinking through the implications of digital, often data-driven, campaigning it is important not to jump to conclusions and condemn what is being done. Although there are signs of concerning practice, practitioners and academics alike need to press pause. We should ensure that we fully understand what is happening, how it is possible to respond, and what principles we want to uphold. Without considering these questions, there is a danger that any response may have unintended consequences and fail to advance the principles we want to uphold. 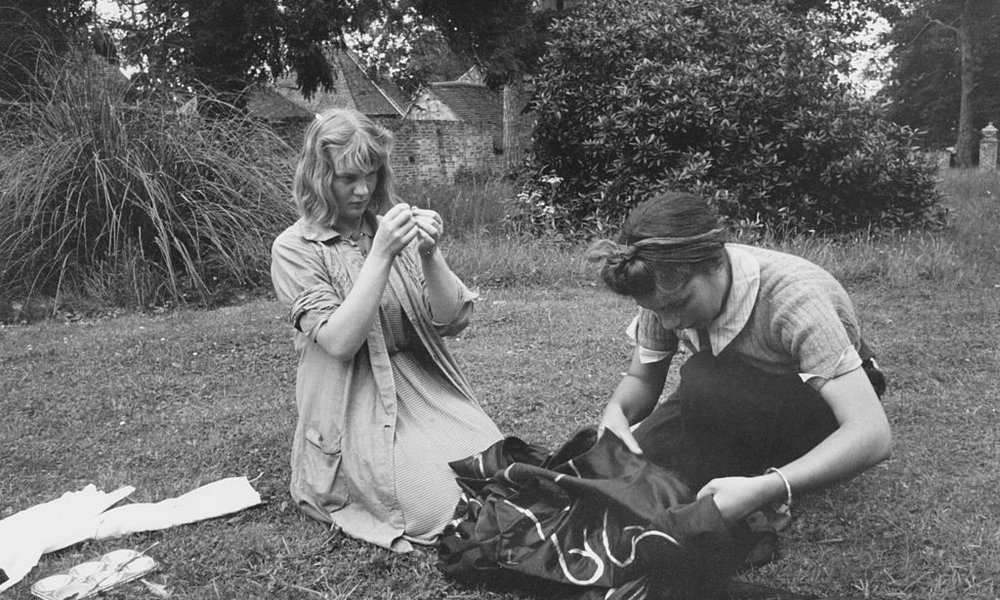 The women who brought philosophy into everyday life