Just over a decade ago, Tony Blair made a speech about British Values, and here they are back on the political agenda again. Indeed, maybe they never went away, with both Brown and Cameron talking about values during their time in office too. British values also featured prominently in the recent Casey Report on community cohesion which described integration and shared common values as “inhibitors of division, hate and extremism”. The issues underlying the need to talk about values often include concerns about the integration of immigrants and ethnic minorities into British society and about the damaging side effects of a lack of integration. But is this really the issue?

The relationship between ethnic integration and values is not always made explicit in political speeches and reports, but there seem to be two main ideas going on. The first is that values are a unifying force, and if each and every one of us, from all backgrounds, hold the same core values we can function as a united whole, connected to each other by means of a shared way of thinking. (Milton Gordon used the idea of an orchestra to describe the integration of various ethnic groups into a whole – following this analogy we might suppose that British values are the tune). The second way in which we might suppose that values might bring about integration is based on the idea of the common good, implicitly expressing pro-sociality, where the related ways of thinking and acting might help diverse societies to live in harmony.

So, what are British values? Sajid Javid, writing about the Casey Report in the Times last week, put it like this: “I’m not demanding that everyone drinks tea, watches cricket and bobs up and down to the Last Night of the Proms. I’m talking about tolerating the views of others, even if you disagree with them. About believing in freedom of speech, freedom of religion, freedom from abuse…. A belief in equality, democracy and the democratic process [a]nd respect for the law” (a similar list to Blair’s).

But just what are values exactly and where do they come from? Values have been described as “conceptions of the desirable that guide the way social actors (e.g. organisational leaders, policy-makers, individual persons) select actions, evaluate people and events, and explain their actions and evaluations” (definition from Norbert Schwartz). Research has shown that our values are a product of our social and economic environment, our upbringing, a result of life events as well as a result of our choices.

We can illustrate the idea that the economic environment matters with a well-known theory by political scientist Ronald Inglehart from the 1970s, known as post-materialism. The theory posited that the baby-boomers, brought up in times of plenty, were freed from the visceral concerns over food and safety that might have defined the war-time generation before them. Freed from such scarcity and struggle, people experienced a radical shift in their values, from concerns about material well-being and security to self-expression and quality of life. This “post-materialist” generation saw major leaps forward in the civil rights movement, political freedom, gay rights, gender equality, thus making progress on many of those values named by Casey, Blair and the rest (equality, tolerance, democracy etc.). The scarcity-during-childhood theory might be too simplistic, but we do know that the economic context matters. Research has shown, for example, that young people coming of age during the recession were more likely to choose security over adventure, their “conceptions of the desirable” stifled by the lack of opportunity.

Time to see what the data says about divisions in British values. Here we have looked at the impact both ethnicity and economic status has on values. In Figure 1, we have picked out some examples of questions from recent surveys that are relevant to the kind of values we have been talking about. In general, the levels of agreement are high between all groups when looking at the following values; agreeing in racial equality 93%, respect for the law 97%, tolerance 84%. However, rather than showing absolute levels, the graph shows the size of the gap between privileged sections of society and the less privileged; thus the smaller the bar the more consensual we are as a society. The largest bar on the chart is the difference between the highly educated and those with no qualifications expressing that it is everyone’s duty to vote – a gap of 34 percentage points (of those with a degree 79% agree compared to 45% of those with no qualifications). Here we can see education has a greater effect than ethnicity.

So is it the case that ethnic minorities in Britain are less likely to hold British values? The answer is no, not really but the relationship between ethnic and socio-economic status is complex. In the case of tolerance, equality, and respect for the law, non-whites and whites are equally likely to endorse these values. When it comes to democracy, non-whites are less against the idea of a non-democratic leader (by 14 percentage points), though more likely to express a duty to vote (by 16 points). In the case of opinions on democratic leadership, which might be a cause for concern to some, factors other than majority minority status are equally likely, if not more likely, to indicate opinions. We should note that the ethnic majority minority gap is around the same size as the gap between those in employment and the unemployed, and smaller than the gap between those on high and low incomes, and between the high and low educated.

It is evident from the data that socio-economic status has a greater impact on values than your ethnicity. However, when we compare these socio-economic factors by ethnicity, we find that overall, ethnic minorities are disadvantaged compared to the white British. See Figure 2 for a summary:  those from ethnic minority backgrounds are less likely to be in graduate jobs, more likely to have lower wages, and are more likely to be unemployed. The ethnic gap in democratic values may therefore be explained, to some extent, by the existence of economic inequalities.

By Dr Lindsay Richards and Professor Anthony Heath CBE FBA. Professor Heath spoke at the launch of the report from the All Party Parliamentary Group on Social Integration on Thursday 5 January 2017. 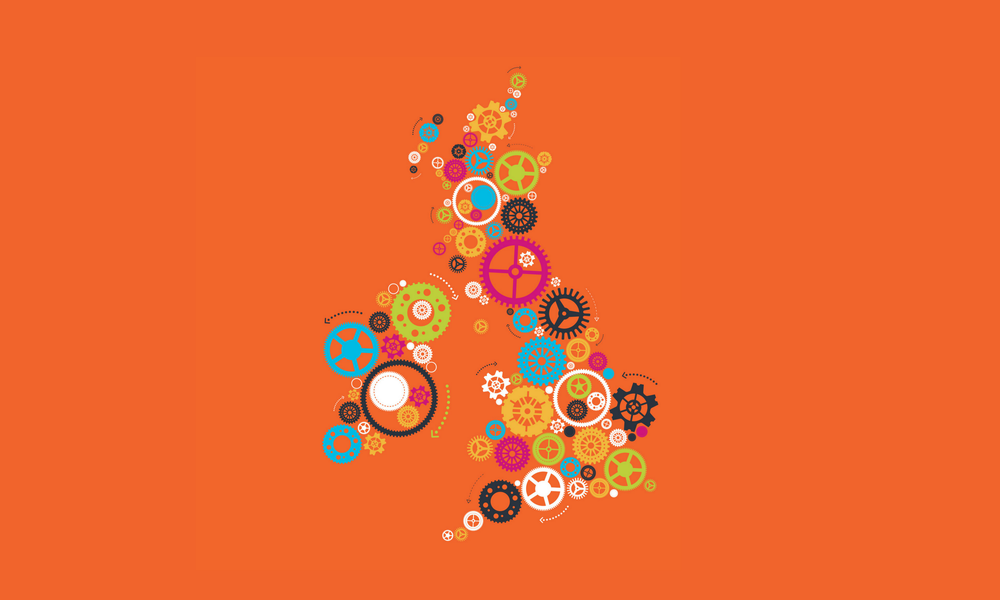 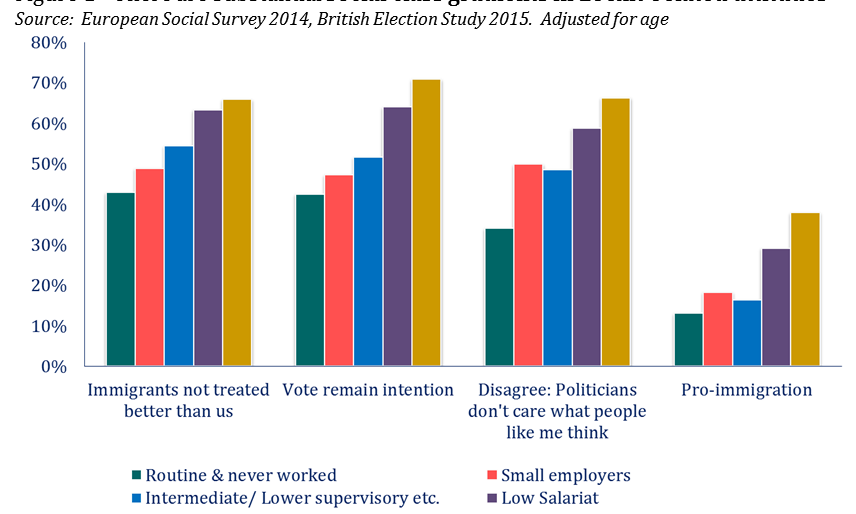