How our understanding of family began to change in 1978 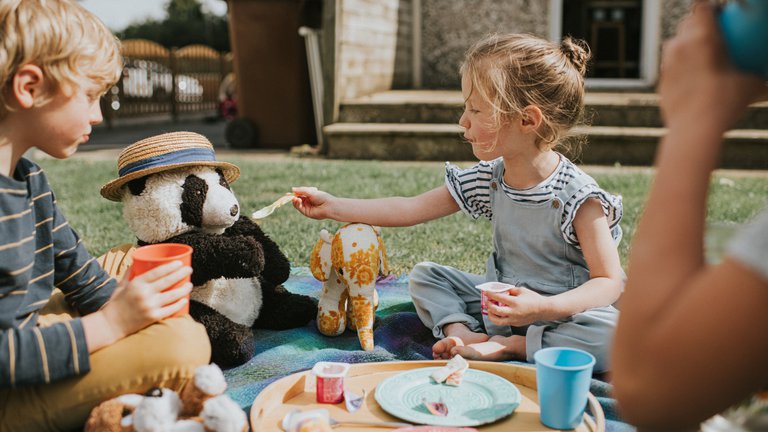 “For turning children into responsible and happy adults, there is absolutely nothing to beat the traditional family.”

“Queer families aren’t that unusual from any other family really. Apart from the way we get treated, there’s not really a big difference.”

In 1978, two apparently unrelated events were reported by the British media that, in combination, were to bring about a fundamental shift in our understanding of family. The first was the exposure of a London doctor for offering sperm donation to lesbian women; headlines such as ‘Dr Strange Love’ and ‘Ban these babies’ triggered a national outcry against lesbian women having children. The second, better-remembered today, was the birth of the first ‘test-tube’ (IVF) baby, Louise Brown.

Children conceived by egg and embryo donation soon followed, alongside an increase in children born through sperm donation, and the first cases of commercial surrogacy, that of ‘Baby M’ in the US and ‘Baby Cotton’ in the UK. Today, we have gay fathers with children born through surrogacy, single mothers by choice, and lesbian couples sharing parenthood by using one woman’s egg to create her partner’s pregnancy. There is an increasing trend of much older mothers, a phenomenon that is likely to grow as a result of egg-freezing technologies. And we face the prospect of synthetic eggs and sperm, artificial wombs and children born with edited genes. Advances in assisted reproduction and changing social attitudes have made parenthood accessible in ways we could never have imagined when lesbian mothers and ‘test-tube’ babies first hit the headlines in 1978.

What has the impact been on children?

It has been widely assumed that the structure of families matters a great deal in child development: the greater the difference from the traditional family, the conventional wisdom goes, the greater the perceived risk of psychological harm to the child. But is it really true? This is the question I set out to explore in my book, We Are Family: What Really Matters for Parents and Children.

The first empirical studies of new family forms addressed the questions raised in custody disputes about the impact on children of growing up with lesbian mothers: were lesbian mothers less capable as parents? Were their children more likely to experience emotional and behavioural problems? And were their sons less masculine and their daughters less feminine than boys and girls from heterosexual homes? (Failure to conform to behaviour that was typical of their gender was seen as a disorder in these days.) The research found no evidence of raised levels of psychological problems in children in lesbian mother families following their parents’ divorce. Later studies went on to examine lesbian mother families with children born by sperm donation, which became more common in the 80s and 90s, again finding no differences between these children and children born through sperm donation to heterosexual couples. Today, there is a large body of research confirming the findings of these early investigations.

The creation of families by assisted reproduction raised different issues. Here, the concerns focused on the impact on children of parents’ experiences of infertility and, especially, the use of fertility treatments involving donated eggs, sperm or embryos, or surrogacy; which meant that the child lacked a genetic and / or gestational link to one, or both, parents. Would this interfere with the relationship between them? And would keeping their conception secret, which was common at the time, have a negative impact on the child? Longitudinal studies have shown that children born through assisted reproduction show high levels of psychological wellbeing and that children benefit from being told about their origins at an early age.

More recent studies of gay father families formed through adoption or surrogacy, families created by single mothers by choice, and families with transgender parents have produced similar findings. Contrary to the expectation that they would experience problems, these families are just as likely to flourish as traditional families – and sometimes more so.

Just like children in traditional families, the psychological wellbeing of children who grow up in new family forms depends on the wellbeing of their parents, the quality of their relationships with their parents, and the social circumstances in which they grow up. But new family forms produce additional issues for children. Children born through egg, sperm or embryo donation, or surrogacy, have a different pattern of genetic and gestational connections to people inside and outside their immediate family. Some children have little interest in these people, others are curious and want to find out more and yet others have a strong desire to meet them.

A further issue faced by children with lesbian, gay or transgender parents is stigmatisation. A study by Stonewall of the school experiences of children with same-sex parents found that classmates made negative comments about being gay that were distressing, some children were shunned because of their same-sex parents and others reported that they never see families like their own in the books that they read or the films that they see.

The harmful effects of stigmatisation are sometimes held up as a reason to prevent LGBTQ+ people from adopting children, or from having children through assisted reproduction. But the onus should be on schools and communities to combat prejudice and discrimination against children whose families don’t fit the traditional family model; they can go a long way to protect children against the negative effects of stigmatisation by being supportive of new family structures. However, legislation that is conducive to the optimal functioning of diverse family structures is essential for lasting change.

What we can learn from new family forms?

Because new family forms diverge from the traditional family in various ways, they separate aspects of family structure that usually go together. What these families show us is that the number, gender, gender identity, sexual orientation and biological relatedness of parents matters less than previously thought. What matters most for children is the quality of relationships within their family, the support of their wider community and the governance of the society in which they live.

Professor Susan Golombok FBA is Director of the Centre for Family Research at the University of Cambridge. Her new book, We Are Family: What Really Matters for Parents and Children, explores the impact of changing family structures on children.